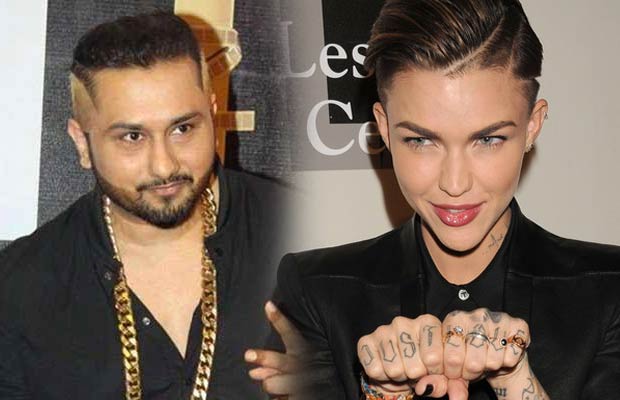 Ruby’s Instagram read, “When @deepikapadukone won’t teach you how to be Bollywood but you try and improvise but then you have to actually shoot a serious scene also.. #lovethisgirl #webadiswear”

But, chances are, during breaks, Deepika might just teach Ruby Rose a few Bollywood steps on Yo Yo Honey Singh‘s songs.

Yo Yo Honey Singh is not only a sensational music icon in India, but also his music is widely popular in the west.

His songs have been a rage in all parties across and are widely in demand because of its popularity.

Ruby Rose posting here video on Yo Yo‘s song is enough as a proof for Yo Yo being recognized as a Global Star.

So one can surely expect a Ruby Rose dancing video on Yo Yo Honey Singh‘s song.

Off late,Yo Yo Honey Singh has been in huge demand and has been performing Live at major events held nationally and internationally.

He is also set to make his acting debut in his upcoming film, Zoravar.[/tps_footer]