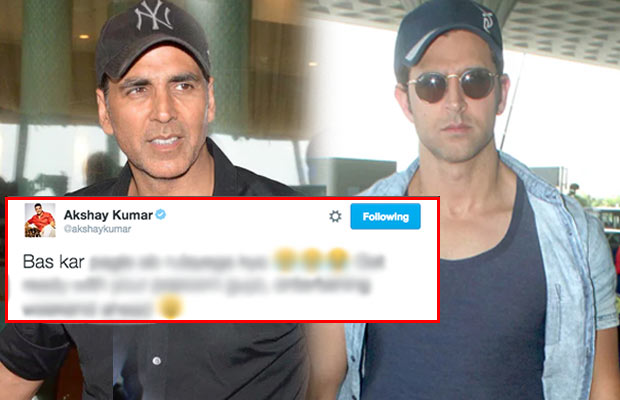 [tps_footer]Akshay Kumar’s ‘Rustom’ and Hrithik Roshan’s ‘Mohenjo Daro’ will clash at the box office this week. The stars of the tinsel town were lately promoting only ‘Rustom’ but Hrithik is surely not miffed about the same. Stars Karan Johar, Salman Khan, and Ranveer Singh are active on their social media handles and are promoting ‘Rustom’ in indirect ways. Just when everyone thought that the box office battle between Hrithik and Akshay has taken a new drastic turn, the Bang Bang actor has done something amazing.

Reports were rife with the fact that things are going very ugly between Hrithik and Akshay. Many also assumed that because of their box office clash their personal rapport has also gone for a toss. Hrithik Roshan who lately grabbed headlines for his tiff with Kangana Ranaut has now tweeted something extremely positive for Akshay Kumar.

The Greek god of the tinsel town thrashed all the rumors of his animosity with Akshay Kumar when he tweeted, “#MohenjoDaro is just 4 days away. And so is #Rustom (wink) @akshaykumar #dostiKiHaiToNibhaniPadegi.” 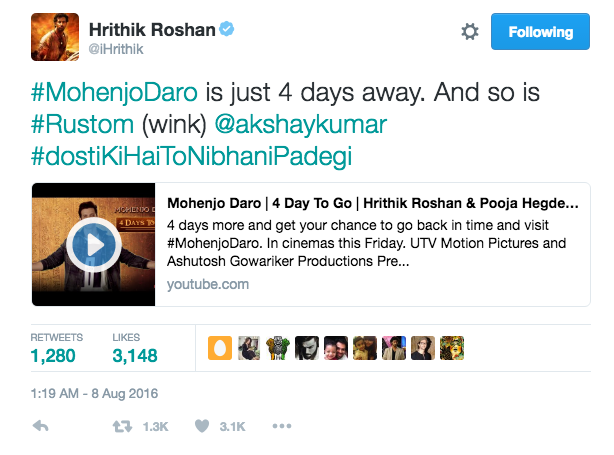 Amazing star Akshay Kumar also was in a fun mode and replied to Hrithik saying, “Bas kar pagle ab rulayega kya Get ready with your popcorn guys, entertaining weekend ahead.” 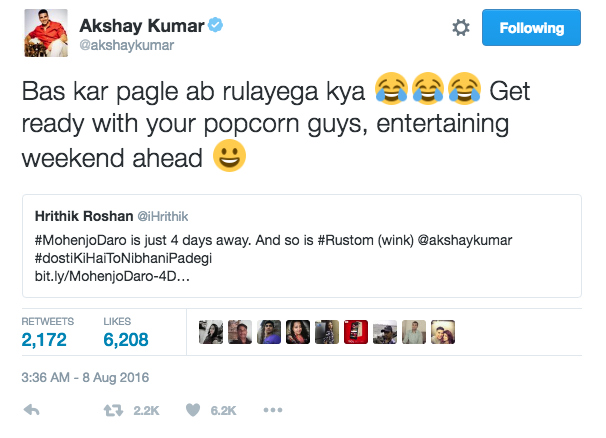