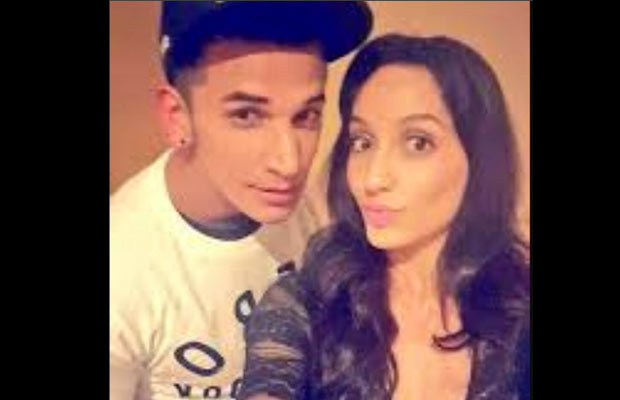 [tps_footer]Former Bigg Boss 9 contestants Nora Fatehi and Prince Narula’s sizzling chemistry on the show made everyone believe that the two are in a relationship. Prince, who had a controversial journey inside Bigg Boss 9 house, showcased his love and PDA moments with Nora, but it all vanished once the show was over. Well, that’s what Bigg Boss is known for.

While Prince is busy with his upcoming TV show, Nora Fatehi is killing everyone with her dance moves on Jhalak Dikhhla Jaa 9. However, the two are still linked up with each other due to their stint in Bigg boss 9 house. Recently during an interview, Nora Fatehi expressed that how she is upset with media for linking her with Prince Narula.

Nora stated that she enjoyed being on Bigg Boss but did not like the way media talked about her friendship with Prince. She also added saying that Prince understands her moods and where she comes from. “He is my sounding board and a very good friend. Period,” she said.

Nora also expressed that how attached she was with Prince Narula inside the house. The beauty further said that after getting too much of attention by someone, one tends to develop feelings, but that does not mean they are in a relationship.

Well, the biggest thing that disappointed Nora was her kiss with Prince, which she thinks was blown out of proportion and she was made to clarify everyone forcibly.

When Nora was asked about her current equation with Prince, she concluded saying that she is not dating Prince Narula neither they are in love with each other. They are trying to understand each other, she revealed.