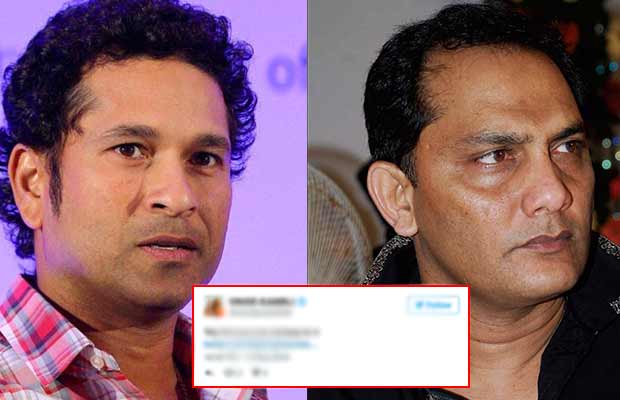 [tps_footer]Former Indian Cricket team skipper Mohammad Azharuddin is back in the limelight again as a biopic on him, Azhar’ has hit the theatres this week. Played by Emraan Hashmi, the movie draws a sketch of Azharuddin’s career and also, his personal life. The film also showcases Mohammad Azharuddin’s match-fixing scandal and the controversial involvement on the same.

Azhar’s career started going down when Sachin Tendulkar was making his rise to the role of captaincy. Though Sachin’’s role as skipper was unsuccessful, he was still handed over the reins in the late 90s. There was a time when Azharuddin was making a comeback after team India’s disappointing performance. At the same time, Sachin quit captaincy, which suggested that the Azhar was the reason behind it.

However, former Indian cricketer Vinod Kambli gave a rise to another new controversy by revealing something very shocking. Vinod Kambli stated that Azharuddin was the reason why legendary Indian cricketer Sachin Tendulkar once decided to give up from captaincy. Recently, Vinod Kambli was asked if Azhar was the reason behind Tendulkar’s decision to quit captaincy. To which he replied saying, “Yes”. Kambli was a part of the Indian team and has revealed that he was a witness to the whole development.