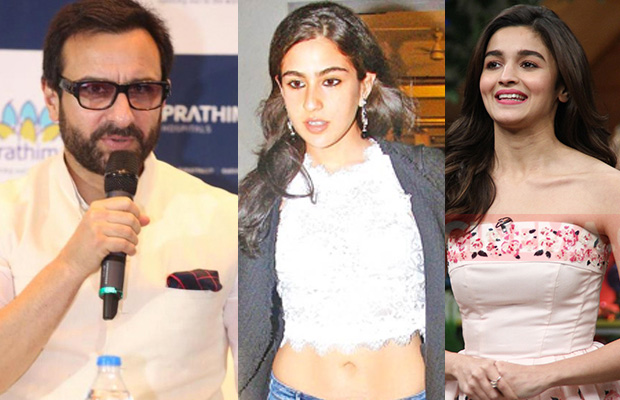 Sara Ali Khan, in the news since so long for making her B-town debut is yet again in the news. Father Saif Ali Khan says he wants to launch his daughter Sara with Karan Johar’s films which always get popular and have bigger names in the industry.

This is what he had said, “I would love Sara to be launched by Karan Johar. He is one of the best that we have. I keep reading various reports where I am supposedly averse to her getting launched by Karan because she will apparently become another Alia Bhatt.”

“I would just like to say that if Sara becomes as successful as Alia is, then it will be a matter of pride and happiness for all of us.” It is also said that Sara will make her debut in the Student Of The Year sequel opposite Tiger Shroff. In fact, the recent buzz was that Sara has replaced Disha Patani in the film and the film shall take off it’s shooting from this April itself.

Well! This is another example of an outsider being cut off in favour of nepotism.

Sara Ali Khan is the daughter of Saif Ali Khan from his first wife, Amrita Singh.

Student Of The Year had brought in Varun Dhawan, Sidharth Malhotra and Alia Bhatt who are one of the leading stars of this generation. So, having Alia Bhatt as an example, Saif Ali Khan wishes to see Sara bag a Dharma film.