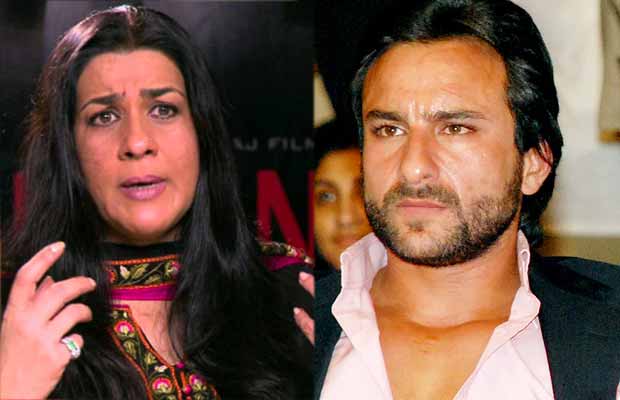 Amrita Singh was upset with Saif for his comments on Sara Ali Khan’s debut in Bollywood.

The debut of a star kid in Bollywood is anticipated right from the day when he/she is seen with their actor parents. It is no different for Sara Ali Khan who is all set to debut with filmmaker Abhishek Kapoor. Any further detail regarding her debut has not been revealed. Apparently, parents of the star kids who debut in Bollywood are equally tensed as their kids regarding the debut.

Recently, Saif Ali Khan was asked about his feeling over his daughter’s debut. He said, ”Look at where she studied. After having done that, why wouldn’t she want to live and work in New York, rather than do this? I am not looking down on acting, it’s just it is not the most stable profession”.This statement by Saif did not go well with his ex-wife Amrita Singh and reportedly, she talked about this to Saif over a phone call.

”She told him it was an irresponsible thing to say considering Sara is about to embark on a film career. Saif didn’t want to be dragged into an argument, so he mumbled that he was ‘quoted out of context’ and calmed down his former wife,” a source was quoted in a DNA report.

Soon after this, Saif Ali Khan attended a press conference when someone asked about Sara’s debut again. He tried to do some damage control by saying, ”I love my daughter, support her and I think her choice is great. Of course, she is an actress, she belongs to a family of artists, which is great, but I am still a little concerned for her as it is an unsure profession. Because I love her, I worry for her. That’s all I am saying. Is that clear? People write things like, ‘He doesn’t know what he is saying. He doesn’t know his mind.’ I find that annoying.”

Karan Johar, who was also at the event, supported Saif’s statement.