Bollywood couple Saif Ali Khan and Kareena Kapoor Khan‘s newborn baby boy Taimur is just two months old. But he has already sent people into a tizzy. Since the day he was born, Taimur has been a talk of the town. He has became the hot topic of discussion on social media. The couple was slammed for naming their son Taimur. The whole Taimur row was blown out of proportion and amid that, another cute picture of Taimur went viral.

On Sunday, Saif kept Taimur‘s adorable close-up photo as his DP and didn’t realize that it can go viral. It was quite late when he removed the DP as many media houses had already picked the photo. Everyone was speculating it is Taimur. Well, Saif has now put an end to all such speculations and confirmed that this is indeed Taimur‘s picture. He also said that he had no intention to publish it but never mind. Well, Taimur is indeed a prince charming and is ruling everyone’s hearts with his cute and innocent face. 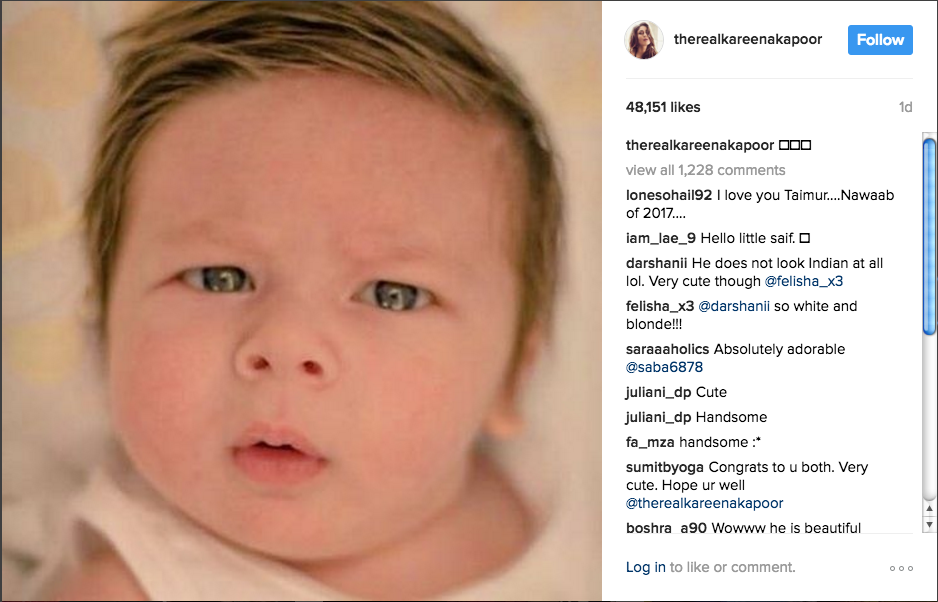 While Saif confirmed that it is Taimur’s pic, the actor has once again revisited the controversy regarding his son’s Muslim name. Speaking on NDTV Spotlight, Saif said, “I’ve known a couple of people called Taimur while growing up and there was drama involved, it was just a nice name. It means iron and it’s a strong, beautiful sounding name. Yes, I am aware there is a Mongol ruler who was possibly a little violent but I think that was the whole point really, if you want to be a conquering general you have to be a little violent. I want to say I’ve not named Taimur after him.”

The actor also spoke up on choosing a Muslim name. Saif said, “I’m aware that there’s a certain amount of Islamophobia in the world today and as Muslims, if we don’t somehow own it then who will? I can’t very well name my son Alexander and realistically can’t name him Ram. So why not a nice Muslim name and bring him up with secular values so that people meeting him say ‘what a nice guy’ and that’s the end of the name.”