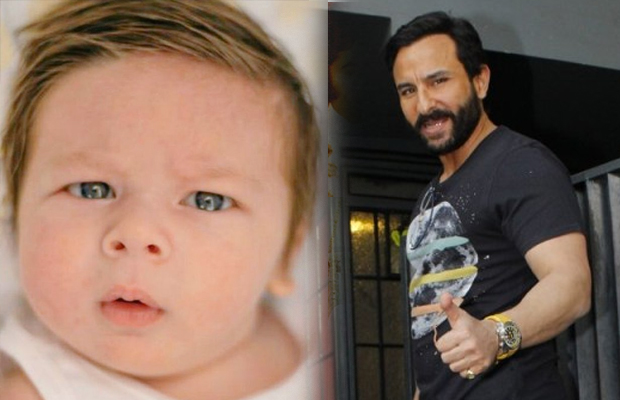 Here’s who Saif Ali Khan thinks who Taimur looks like.

Born into the royal family of Bollywood, Taimur Ali Khan Pataudi has instant fame. Not only because his parents are Saif Ali Khan and Kareena Kapoor Khan, but also because of other reasons.

First, his name stirred a controversy and the social media went beserk over Saifeena’s choice of baby name which seemed similar to Mongol invader Timur or Tamarlane. Nawab explained his thoughts behind naming his son and then added that, “I just really liked the name. I didn’t give any massive thought to any historical significance. I don’t want to keep defending my choice again and again. I’d be quite happy to leave the kid out of it.”

On another occasion, a picture of Taimur that Saif has as his display photo on WhatsApp was accessed and circulated online. The netizens caught on to it and it became a trending topic again. But this time the protective father is rather calm.

The 46-year-old actor was heard saying, “That’s okay. That the part of Internet where there’s no secrecy or privacy. And you know, I don’t know, maybe there shouldn’t be.”

Everyone has been trying to guess who Kareena Kapoor Khan and Saif Ali Khan’s son Taimur resembles.

During Rangoon promotions, asking Saif the same question, the Nawab said that Taimur doesn’t look like him nor Kareena, but he looks like someone else in the family. A leading daily quoted him saying, “My mother (Sharmila Tagore) feels that Taimur looks like Dabooji (as Randhir is fondly called).”

He added, “No. We all feel that he looks like a Kapoor. But yeah, I think he has my eyes.” So there you go!

Taimur is the first child of Saif and Kareena who was born in December 2016.