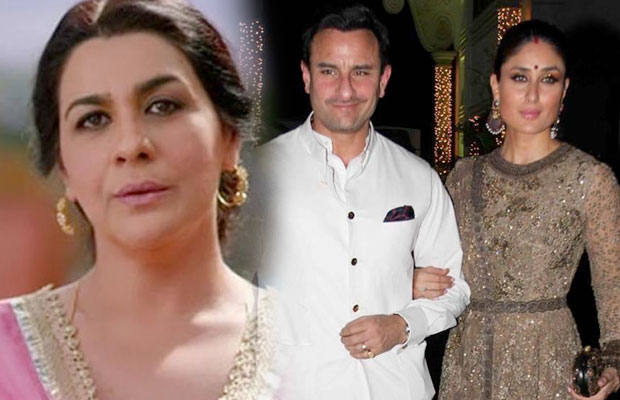 We, not very long ago informed you, about how actor Saif Ali Khan announced the pregnancy of his wife actress Kareena Kapoor. The actor confirmed the news stating that Bebo is pregnant with their first child and the couple is expecting the baby in December this year.

Many people from their industry took to social platforms to wish the couple. Social Networking Platform Twitter was flooded with tweets from the fans of the couple congratulating them.

Not only fans, but both the Kapoor and Khan family along with friends and colleagues of the couple from the industry were overjoyed with Saif’s announcement of the news.

However, seems like the news hasn’t gone down too well with one person.

No prizes for guessing, that the person is none other than Saif’s ex-wife Amrita Singh.

The actress was very furious when asked about her reaction on Bebo’s pregnancy.

Amrita, rather than being a good sport and congratulating the couple, was tremendously pissed and struck back. She screamed at the reporter, saying: “How do you have the guts to call people and ask such random questions? Who are you? Don’t call me again!”

Amrita was married to Saif for 13 years and had two children before they headed for splitsville in 2004.

However, seems like the actress hasn’t moved on yet from the failed marriage…