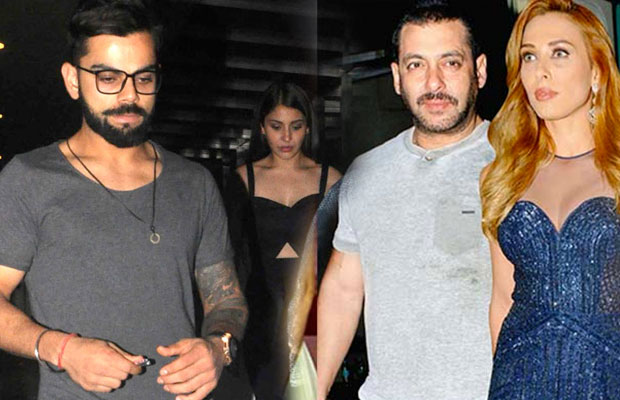 [tps_footer]Salman Khan has been rumored to be dating Iulia Vantur for a while now. Likewise, Anushka Sharma and Virat Kohli, the star cricketer, are finally back on track together after being apart for a while. According to reports, Anushka and Salman are planning to get hitched with their lovers by the end of this year.

According to sources, love was in the air while Anushka and Salman were shooting for Ali Abbas Zafar‘s ‘Sultan.’ Salman got very seriously involved with Romanian model Iulia Vantur while the film was being made. Earlier they were just good friends but now it seems to be totally different. And on Salman Bhai’s advice, Anushka and Virat mended their relationship and got back together.

Apparently, the ‘Sultan’ duo has spent a lot of time discussing their personal lives with each other.  A friend in need is a friend Indeed! As Salman and Anushka poured their hearts out, they really felt better and grander. And now they trust each other more and wouldn’t want to lose the bond at any cost.

Iulia Vantur frequently visited the sets of ‘Sultan’ to spend some quality time with Salman Khan. And Virat and Anushka were also spotted together while the actress was shooting for the film. The ‘Sultan’ co-stars will get married to their lovers only if the sources are to be believed.

Ali Abbas Zafar’s ‘Sultan’ released on July 6, and grossed around Rs. 36.6 crore on opening day.  The film has made earnings of Rs. 73.7 crore in two days only! And soon, it will be a part of Rs. 100 crore club. Ali Abbas Zafar were also influenced by the romantic atmosphere on sets. He was seen with stylist and designer Leepakshi Ellwadi and he is rumoured to be dating her.[/tps_footer]