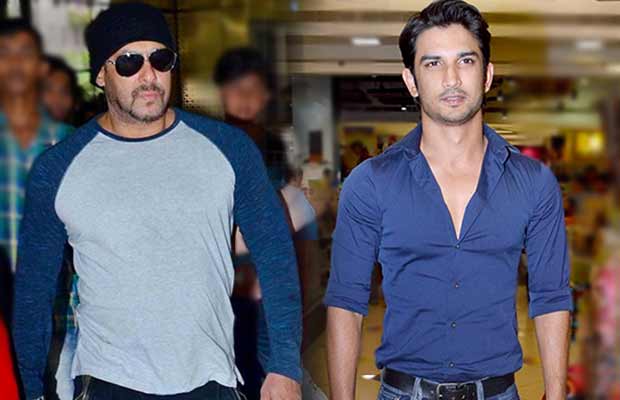 [tps_footer]After making a debut with ‘Bajrangi Bhaijaan‘, Salman Khan productions is looking forward to making more films. It was heard that the production house would be collaborating with Dharma Productions for a film starring Sushant Singh Rajput and Jacqueline Fernandez. Tarun Mansukhani of ‘Dostana’ fame was supposed to have directed the project.

However, no one from the team has confirmed this news and nor has anyone spoken about this film. Recently at an event when Salman was asked about this project, his answer amused everyone present there. Salman at first asked “Who Sushant?”. When he was told that the person being referred to was actor Sushant Singh Rajput, he continued to wear the confused expression.

After Salman Khan, warily replied, Sushant Singh Rajput?  Why will he even make a film with him? Then Salman came to know about the whole scenario and then he looked at his team members and they too wore the same confused look. We wonder what’s cooking between Salman and his team.

It is, however, surprising of Salman to not know who Sushant is. Sushant has never done anything to Salman in a wrong way. So why such a royal ignorance to Sushant.

What do you think, does Salman Khan know who Sushant Singh Rajput is or is he just being ignorant? Tell us in the comments below.[/tps_footer]