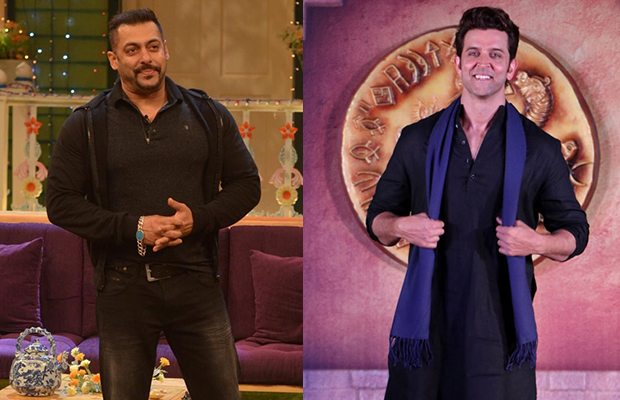 [tps_footer]Salman Khan was the numero one when he fixed a 500 crore deal. The Dabangg Khan was then second in the list when Hrithik Roshan bagged a deal worth Rs 550 crore. Hrithik gained a massive pact when he signed the 550 crore satellite deal with a TV network.

Seems like, Hrithik’s record was short lived and Salman Khan has yet again taken his first position in the list. Reports making rounds suggest that Salman has signed a 1000 crore deal with Star Network. The satellite deal includes his blockbuster films, reality shows and awards show appearances.

This massive deal is surely not a shocker as all Salman Khan films lately have been blockbusters. The actor is credited with almost six above 100 crore films which are highest for any actor. Salman’s just released film ‘Sultan’ is also on a record breaking spree with gigantic collections.

Seems like, Salman does not want to leave any list when it comes to ranking first. Coming to his film ‘Sultan’, the movie is not only breaking records in India but it is also a record breaker in the worldwide market.

The film has beaten the first week records of the film ‘Bajrangi Bhaijaan’. Hrithik Roshan is now low on the list with Salman’s 1000 crore deal.

The Bajrangi Bhaijaan actor will soon be seen in Kabir Khan’s ‘Tubelight’, additionally, the actor is also in the news for the sequel of ‘Kick’.[/tps_footer]