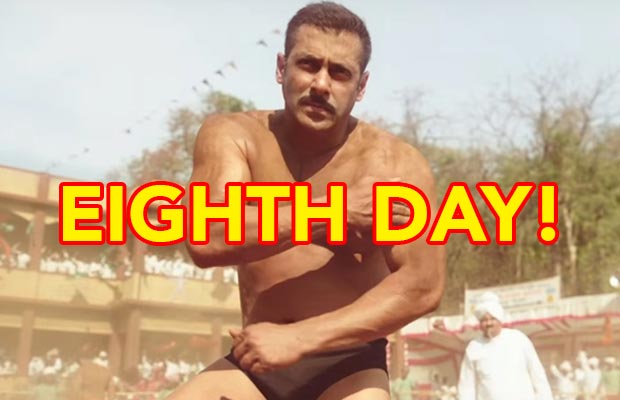 [tps_footer]‘Sultan’ directed by Ali Abbas Zafar is minting large figures at the box office. The movie was already high on the minds of the masses because of its star cast. Starring Salman Khan and Anushka Sharma in main leads, the film is claimed as the blockbuster of the year. After a slow start, the year 2016 has finally seen a record-breaking hit.

The total collection of the Salman–Anushka starrer comes to Rs. 219.59 crore net approx. Because of its release on a national holiday, the film got an advantage of the extended weekend which paved the way for massive collections.

The biggest hit until now before ‘Sultan’ was ‘Airlift’ for the year 2016. The Wednesday collections of the film are similar to ‘Airlift’s day one collections. The film has proved that it has made massive figures. The movie has also entered in the list of highest earner in mere nine days. ‘Sultan’ is the fourth highest earner.

It is believed that the film will cross the mark of 229 crores smoothly. The Ali Abbas Zafar directorial has also fared amazingly well in its worldwide collections.[/tps_footer]