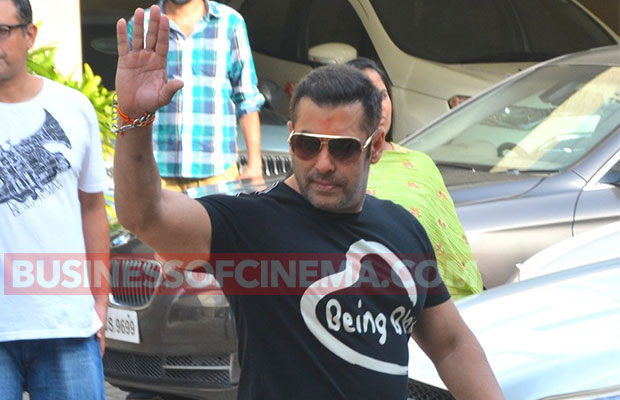 We all know Eid time is traditionally meant only for Salman Khan‘s film! Bollywood actor Salman Khan, who has been giving back to back blockbuster films, has already booked Eid 2017 for his much-talked upcoming film Tubelight. The Sultan actor is currently shooting for Kabir Khan‘s Tubelight and the film is scheduled to release next year on Eid. According to reports, Salman Khan‘s Dabangg 3 has also got its release date. Yes, reportedly the makers of the film have already booked Eid 2018 for the release of the film.

Reports also suggest that Salman Khan will be shooting for the third installment of successful Dabangg series by the end of 2017 or starting of 2018. The Salman Khan starrer flick will be released same year as the film is likely to wrap up before time. Salman Khan‘s two big releases, Tubelight and Tiger Zinda Hai are already booked for 2017 and so the actor chose Eid 2018 for brother Arbaaz Khan‘s biggie. We can’t wait for the official confirmation regarding the same!

Meanwhile, Salman Khan is shooting for Kabir Khan’s Tubelight In Manali, which is due for an Eid release next year.