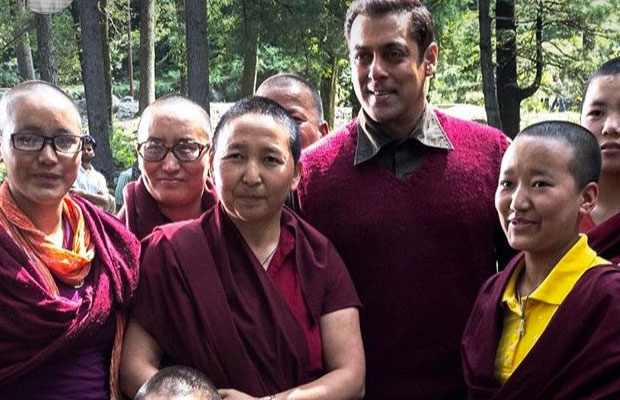 The 50-year old star is currently busy shooting in Manali for the second schedule of the film. It seems that Salman Khan is taking his filming career into a spiritual realm as the actor was recently seen posing with the Buddhist monks in Manali. Salman’s brother-in-law, Aayush Sharma posted the actor’s picture on Instagram and wrote, “#manalidiaries #tubelight @beingsalmankhan.” In the picture, Salman is seen smiling in a maroon vest with the bunch of Buddhist monks. 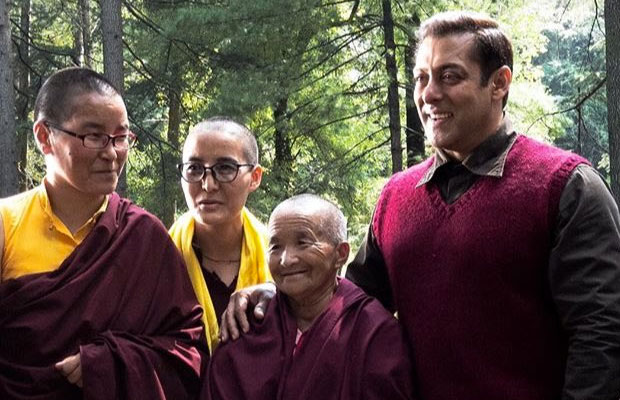 Recently, the Dabangg star was also snapped from the streets of Manali where he was seen riding Royal Enfield Bullet C5 Military. Also a few weeks ago, the pictures of Bhai were captured where he was seen rafting in the Beas River along with his film crew. By far many pictures from the sets of the film have been appeared on the internet which is going viral including the still of a soldier.

Interestingly, Salman Khan will be sharing the big screen with his brother Sohail Khan who plays his onscreen brother for the second time. The movie also stars Chinese actress Zhu Zhu. We can’t wait to watch the stills of Zhu Zhu from the film.

Tubelight is all set to release on Eid 2017.