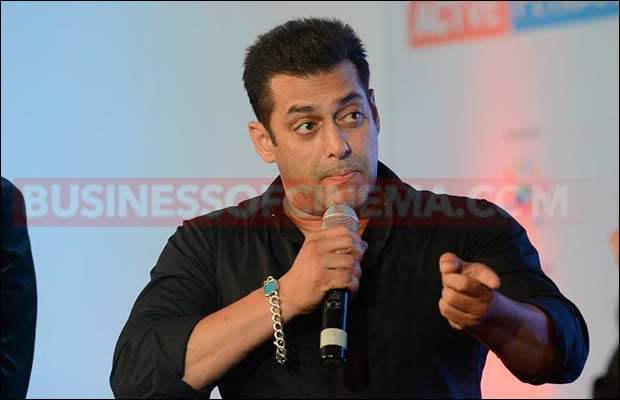 Bollywood’s Dabangg Salman Khan surely walks with a bright smile on his face for his fans and family, but somewhere little did we know that despite of being such a big superstar, Salman Khan has something to worry about still.

He is a successful actor, his films are breaking box Office records, he gets millions of love from his fans, and then what makes him so worry? He surely entertains his fans with his witty sense of humour and amazing films like Kick, Bajrangi Bhaijaan, but the only thing that the actor is worried about is court cases that are still going on.

Yes, behind the bright smile and happiness hides a little worry about his court cases. Talking to the media, Salman Khan revealed how his pending court cases are hanging swords on him and that how he is worried about his family due to it.

Salman Khan said, “Of course, I am worried about the verdicts. They are giving five years…mila lo to 10-15 saal ho jate hain . That’s a big worry now for my parents and me. The case is not even in Magistrate court but High Court and amidst all that, to do comedy or Bigg Boss…I always know that there is a sword dangling over my head, it is really disturbing. The beauty of my job is no matter how well I do it they call me insensitive.”

When asked about wishes and prayers that he gets from millions of fans. He stated, “People’s prayers and wishes work with those who believe in them”.

Talking about his hit and run case status,  Salman Khan is currently going through 2002 hit and run case since 13 years now when car had met with accident in suburban Bandra on September 28, 2002, killing one person and injuring four.The case was suppose to end on May 6 where session court found him guilty and sentenced him for five years jail, convicted under all charges. Two days later, sentence was suspended on May 8th and bail was granted in cash of Rs 30,000 in lieu of surety as a temporary measure. Also actor’s lawyer Amit Desai is currently arguing on the case matter at the court.