Salman Khan has been shooting extensively for Kabir Khan’s upcoming movie, Tubelight in Manali and Ladakh.

He recently shot for a song sequence for the film in Mumbai. Director Kabir, took to Instagram to share pictures from the set of the movie and he captioned it “Shooting a happy song #tubelight #Eid2017 #behindthescenes #salmankhan” 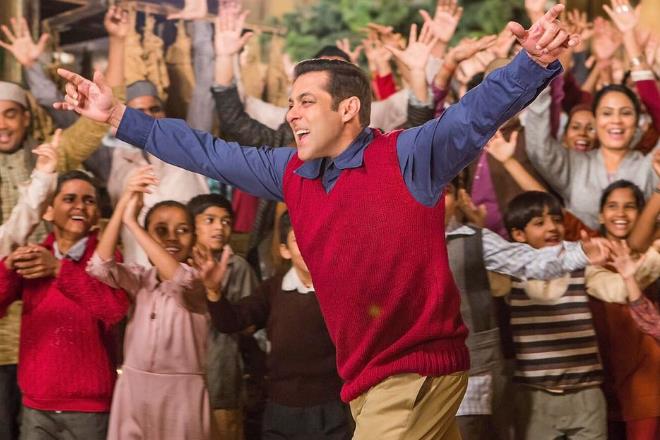 Kabir has been extremely active on social media with Tubelight’s whereabouts. He has earlier shared behind-the-scene stills from Tubelight’s Ladakh and Manali schedule too.

With all the pictures and stills being released from the film, the excitement levels are going to a new height. But alas, we have to wait for a year before we see the movie.

Keep the pictures coming till then and share more happy vibes team Tubelight!

As well all know that Tubelight is based in the backdrop of Indo-Chinese war of 1965 where Salman plays a character of a differently-abled man. It also features Chinese actress Zhu Zhu in the lead. 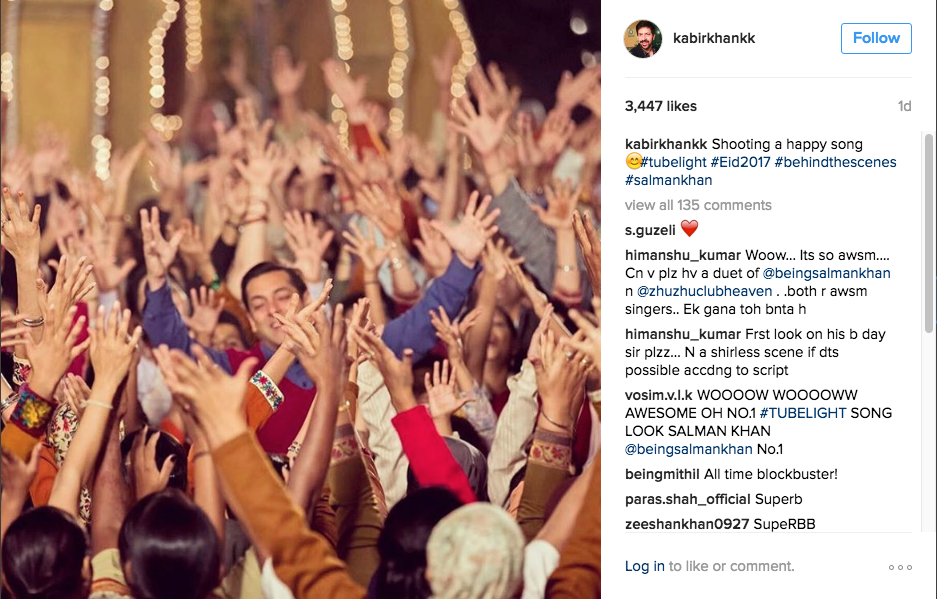