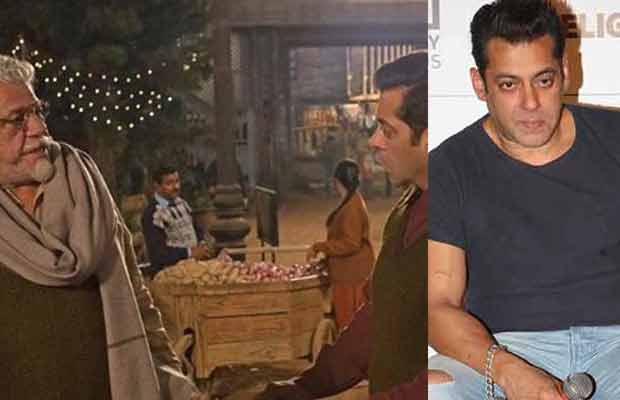 Tubelight Trailer is out. The trailer was launched by Salman Khan, Sohail Khan and Kabir Khan on Thursday.

The trailer showcases amazing chemistry between brothers- Salman Khan and Sohail Khan that we were waiting to catch since years. Sohail Khan is a soldier in the Indian army. The backdrop of the film is the Indo-China conflict, and Sohail puts up a brave front and fights in the unsteady landscapes of Leh and Ladakh.

Salman as Laxman Singh goes out in search of his brother who goes missing after the Indo-China war of 1962. It’s crazy and equally high on emotions. Tubelight trailer also showcases how Salman Khan goes out to every extent to search for his brother Sohail Khan when others had already lost hopes.

At the trailer event, Salman Khan was asked about Om Puri. He replied,

“The strange thing is that whenever I see the trailer or the song and I see Om Puri, Omji in this it just kills me.”

Salman Khan was very close to Om Puriji as he has done many films with him. He said,

Salman Khan feels horrible when he sees Om Puri on the teaser or song.The death of Om Puriji came as a shock to him. It was one morning that Salman got a call and found out that Om Puri fell down and he was no more. Salman Khan was very emotional when he expressed his sadness saying,

“So it’s just I don’t actually enjoy watching the teaser or the song because I see him right there.”

Tubelight is produced by Salman Khan & Salman Khan and directed by Kabir Khan. It stars Salman Khan, Sohail Khan and Zhu Zhu. It is co-produced by Amar Butala. The executive producer is Rajan Kapoor, the associate producer is Garima Mehta and music is by Pritam. The film will release in cinemas worldwide on Eid.