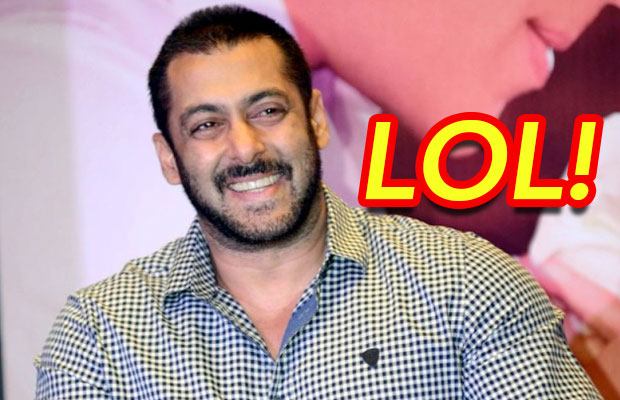 [tps_footer]Bollywood actor Salman Khan has left everyone amazed with his back to back hit films. From ‘Dabangg‘ to ‘Kick‘, ‘Bajrangi Bhaijaan‘, ‘Prem Ratan Dhan Payo‘ and now upcoming film ‘Sultan‘, Salman Khan has been raising the standard of his acting a notch up every time. In fact, Sultan director Ali Abbas Zafar had also said that he wouldn’t have made Sultan if Salman had not agreed to star in it.

During an interview for Sultan, Salman Khan was asked about the same but the superstar had something else to say on it. The Being Human star said, “I have heard this many times and all those films I refused have been made with someone else, like Chak De.” Giving an example, Salman said, “If I had refused Ek Tha Tiger, it would have gone to Shah Rukh or Aamir or Hrithik.”

Continuing on the same, the actor added, “If the script excites me I do it like in the first narration.” When asked if he will ever come up with a horror film, he reacted saying, “I am scared of the horror film genre! No horror, no se* films for me — not yet.”

On the work front, Salman Khan has geared up for the release of his much-talked film Sultan. The actor is currently sporting a new salt and pepper beard look for his Kabir Khan’s next, reportedly titled as Tubelight. Reportedly, Tubelight will go on floors next month in Ladakh and is expected to release next year on Eid 2017.[/tps_footer]