Salman Khan is one of the most popular actors in India. All his movies do extremely well at the box-office irrespective of the storyline or his ‘acting skills’. His fan following is purely person oriented. The audience love Salman Khan for the person and not so much for the actor he is.

His co-stars get an advantage of this and get noticed too. Remember the lovely Munni from Bajrangi Bhaijaan and how she became the darling of the country overnight? Now we have another child artist introduced to us by the man himself. He will be seen alongside Salman in his upcoming movie, Tubelight.

Since the beginning of the shoot, the entire cast and crew including Salman Khan have kept their fans updated about the movie from the shooting locales. And if his recent post is anything to go by, he has now declared the name of his co-star from Kabir Khan’s Tubelight.

The young actor is Matin Rey Tangu. Salman took to Twitter to introduce his cute little co-star by uploading two pictures with him.

The first one seems like a still from the movie where Salman is hugging and sharing an emotional moment with Matin. He has captioned this picture as “Backed by Matin Rey Tangu”.

The second picture is a posed one captioned as “Introducing Matin Rey Tangu”. In this picture both Salman and Matin are seen smiling and posing for the camera.

Tubelight also stars Sohail Khan and chinese actress Zhu Zhu. The film is slated to release on Eid day of 2017. 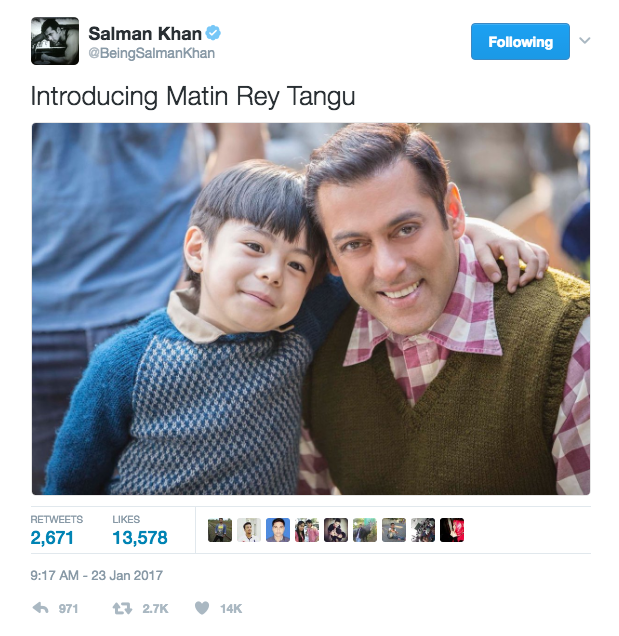 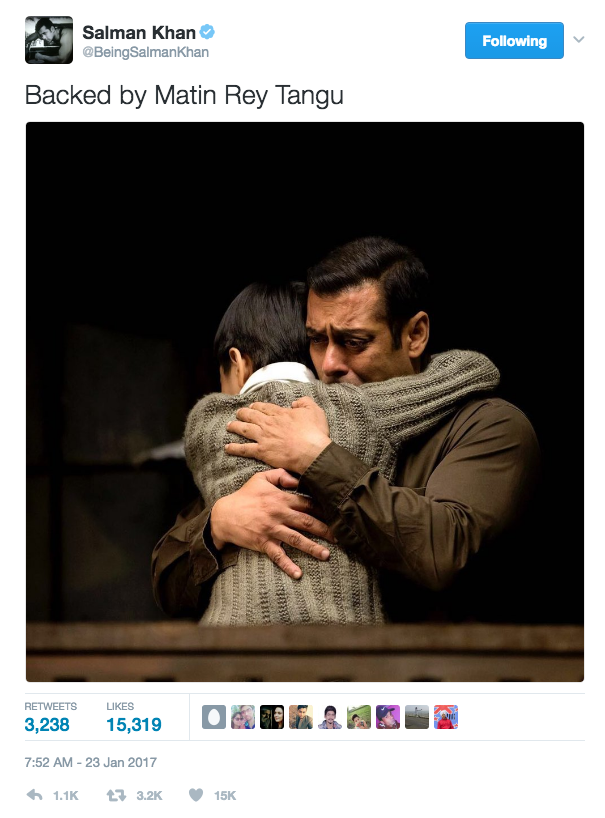