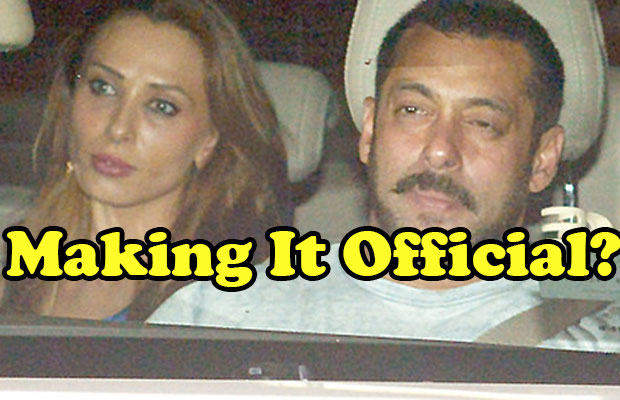 [tps_footer]Salman Khan‘s relationships have always made headlines and this time, it is as close to getting married. News has already done the rounds that Iulia Vantur is the alleged girlfriend. We have also seen her with Salman’s mother and of course bhai himself. In recent times, we all remember actor Preity Zinta’s wedding to Gene Goodenough. The reception was a star-studded affair which also saw Salman Khan and Iulia Vantur together making a public appearance.

This time, actor Salman Khan and his rumoured girlfriend Iulia Vantur are reportedly going to make a public appearance again at Baba Siddiqui’s Iftaar party. Well after these public appearances we are wondering about Salman’s relationship status for sure. Though he doesn’t publicly say much, he has been spending quite some time with Iulia, as we have seen before as well.

According to the reports, the bash is going to be hosted at a five-star hotel in Bandra, Mumbai on Sunday. Well, Is Salman finally coming out in the open about his affair? Will they announce and make it official soon? Time will tell better.

However, it was Salman’s idea to make it a celebration that can be attended by both men and women. As a matter of fact, even his sister Alvira will be present and she will accompany Salman and Iulia.