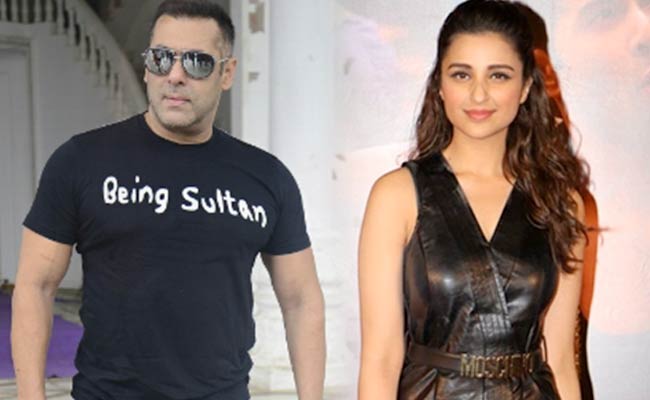 Salman Khan and Anushka Sharma starrer Sultan is currently riding high at the Box office and is breaking all the records. Director Ali Abbas Zafar has impressed everyone with the outstanding script as well as the cast. He has left everyone speechless with the way the film has shaped in. Before finalizing Anushka Sharma as a lead actress opposite Salman Khan in Sultan, the makers of the film were very much on the hunt to find the perfect lead actress for the film.

From Priyanka Chopra to Deepika Padukone, Parineeti Chopra and a lot of names had come up for the lead role opposite Salman Khan. Rumours floating concluded that Parineeti Chopra, who started her career with the Yash Raj Films, was supposed to star opposite the Dabangg star Salman Khan but she could not make it as Salman was not keen on casting her.

Soon rumours started doing rounds that Parineeti Chopra is upset with ‘Bajrangi Bhaijaan‘ star for not casting her in the film. But it seems that’s not the same case and the actress has let bygone be bygones. According to reports, the ‘Ishaqzaade’ actress was seen talking to Salman Khan after having a good meal together.

Reportedly, Salman Khan and Sania Mirza were chilling together at Yauatcha in Bandra Kurla Complex after launching Sania’s autobiography. Later, Parineeti Chopra joined them and the three were chatting away.