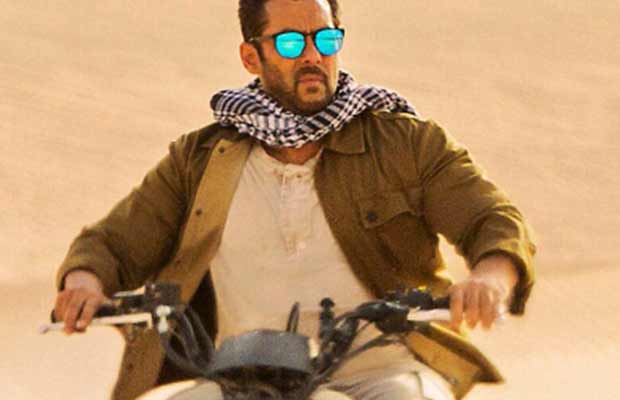 Salman Khan and Katrina Kaif starrer ‘Tiger Zinda Hai‘ has been making headlines even before its release! Be it for its mind-blowing trailer or its fantastic soundtrack. If there is anyone in the movie that has been talked about apart from the main leads it is the ‘Tiger Zinda Hai’ villain Abu Usmaan played by Sajjad Delafrooz!

It seems like Delafrooz’s cold, murderous demeanour in the movie has won over Tiger Khan!

In a recent interview with Spotboye, Salman Khan spoke about his Iranian co-star Sajjad Delafrooz. ”He is the deadliest villain I have faced in my career. You haven’t met a villain like this before. Cold, shrewd and fearless to die, our villain is a fanatic, which makes him even more dangerous than conventional villains that generally take on the hero. He believes violence is his only way to win and wants to make an example out of the nurses in hostage in front of the whole world. In short, he is a madman,”

Salman Khan praised Sajjad by saying that he brings the character of the international terrorist Abu Usmaan alive. He added that the Iranian actor has captured the essence of his character perfectly. ”Sajjad has done a fabulous job in portraying a monster who will stop at nothing to destroy peace. He has made this character his own,” said Salman.

Sajjad Delafrooz is the unofficial face of the UAE. He is seen on several billboards ads of many international brands. While the Salman Khan starrer is his major Bollywood role; he made his debut in Akshay Kumar’s 2015 thriller ‘Baby’ as a doctor.

‘Tiger Zinda Hai’ is a sequel to 2012 super hit ‘Ek Tha Tiger’. In ‘Tiger Zinda Hai’ we will see the dynamic duo of Avinash Rathore a.k.a Tiger and Zoya trying to rescue Indian nurses held captive by terrorist Abu Usmaan.

Till date, the movie’s trailer has been one the most watched trailers of a Bollywood movie within 24 hours of its release. Salman Khan and Katrina Kaif starrer ‘Tiger Zinda Hai’ releases on December 22.