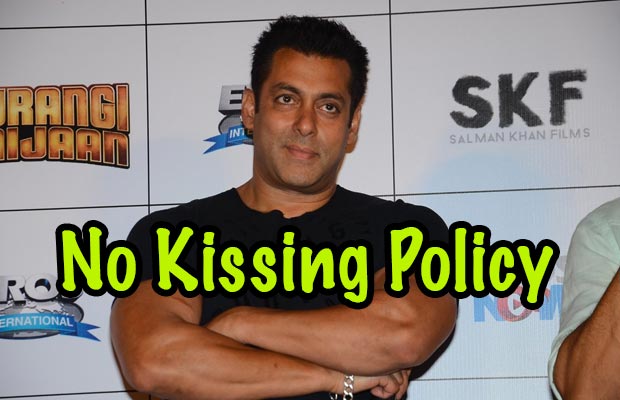 Bollywood actor Salman Khan is a person who always lives on his own made rules at personal and also at professional level. There are not many things about Salman Khan that his fans aren’t aware of.

Salman Khan’s fans are very well aware about his heartfelt gestures for the people. With every smallest of the details about him, including the soft corner he has for his mother, his fear from father Salim Khan, his love for small kids, his large heartedness and charity work, fans are familiar of all this.

However, to everyone’s surprise and much to the delight of his fans, Salman will be seen revealing never before details about his personal life on a show ‘M Bole Toh’. Upon being asked by the show’s host Husain Dalal about the reasons behind not kissing on screen, Salman said, “I am very uncomfortable. I’m not shy but I just don’t like it. I just don’t think there’s a need to kiss on screen. Jis din aisi need hogi, kar lunga. But abhi tak to mujhe aisi koi zaroorat lagti nahin hai to kiss on screen.”

Well, Salman Khan and Sonam Kapoor who are promoting their upcoming film Prem Ratan Dhan Payo and will be seen candid at their best on the show. The duo will be having a gala time at the chat show and not only that, they will also get a chance to see Sonam reminiscing Bhagyashree’s famous dialogue from Maine Pyar Kiya – “Dosti ka ek usool hai, no sorry, no thank you!”

From their first crush, invigorating revelations about the film, Salman Khan and Sonam Kapoor will be seen revealing secrets on the show.

Talking about the film, PRDP is been directed by Sooraj Barjatya and is releasing on November 12. Apart from Sonam and Salman, the film also stars Neil Nitin Mukesh, Swara Bhaskar, Anupam Kher and Armaan Kohli.