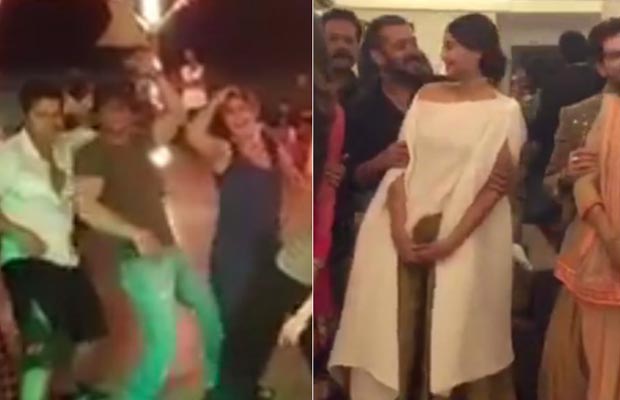 By now we all know that Bollywood actors Shah Rukh Khan and Salman Khan’s love and hate stories have been changing with seasons. The competition between both the Khans is nowhere stopping at the professional level.

But it’s very interesting and surprising to know that both the actors Salman Khan and Shah Rukh Khan are not promoting their own film, but they are promoting each other’s films Prem Ratan Dhan Payo and Dilwale respectively.

Interesting isn’t it? Salman Khan took to his twitter handle to share a video of him with his PRDP team where all of them are seen grooving to the tunes of SRK’s evergreen song Tujhe Dekha To Yeh Jaana Sanam from Dilwale Dulhania Le Jayenge film.

Well, it didn’t stop there, returning the favour, Shah Rukh Khan also did a Dubsmash video where the entire team of Dilwale is seen grooving to Prem Ratan Dhan Payo title track. SRK, Kajol, Varun Dhawan, Kriti Sanon and others are beautifully dancing on PRDP title track. Isn’t this cool?

Undoubtedly Salman and SRK always make headlines when the duo speak for each other, but this time it was something beyond the expectations. The sweet gestures for each other are something that you shouldn’t miss to watch. This is rarest of rare!

Team Dilwale grooves to PRDP only for Prem with prem. pic.twitter.com/kZttF7OE5T

There was a time when both the actors shared a good bond, but years ago due to their ugly spat at a party, things turned. Now after years, Shah Rukh Khan and Salman Khan turn good friends, the duo always make headlines when they come together. Not only that, now both Salman and SRK have been seen greeting and praising each other’s film on social networking sites too.

Well, its nice to see that they are cherishing their old good friendship again!