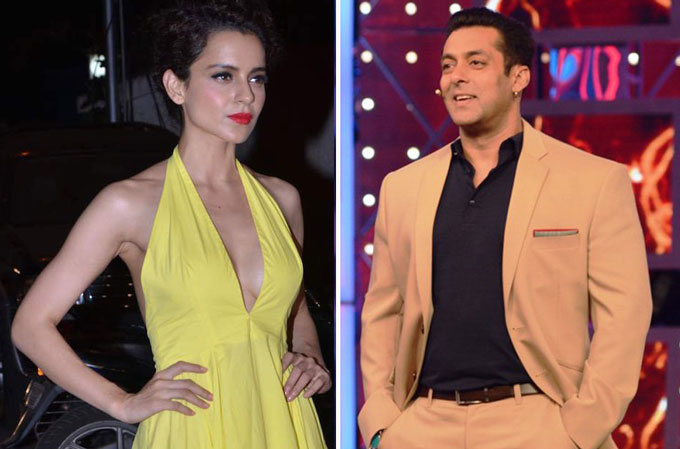 Since a long time there have been talks that there shouldn’t be any gender bias while paying the actors for their films. But Bollywood’s heartthrob Salman Khan who is the highest paid actor has a different opinion about the same.

In an interview, Salman Khan was asked to share his opinion on the same to which he called the entire thing as ‘bulls**t’. “The question is, who is pulling those people into a theatre?” Quizzes Salman. Adding on the same he said, “If a female star is getting those many people and the producer is making money, the exhibitor and distributor are all making money, then obviously they (female actors) will get that much money … but if it’s a male star, then he will get it.”

The ‘Bajrangi Bhaijaan’ star explained the simple logical funda of how payment is monitored by the mangers. He said, “Today, there are managers who monitor everything, the business is very clear. So whoever brings return on investment gets that much money. Simple!”

Earlier, Bollywood’s leading and highest paid actress Kangana Ranaut raised her voice regarding the inequality in payment between male and female actors. The actress had said that she is complaining about the same and after getting 11 crore for her next film, Kangana Ranaut believes it is a small step towards equality. The ‘Queen’ actress also added saying that she wants herself to be treated as equal.

Well, it seems Salman Khan has slammed all the actresses indirectly who have raised their voice about pay disparity in Bollywood.