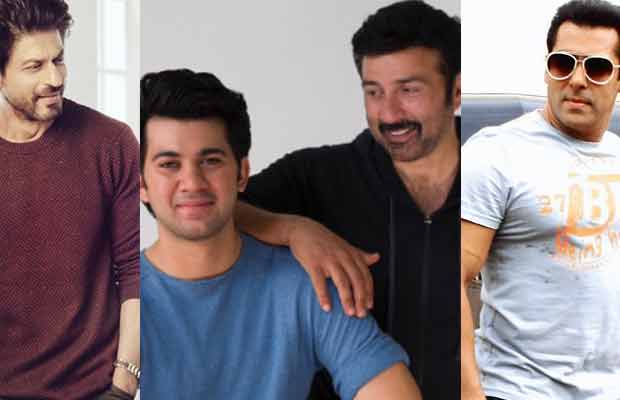 Sunny Deol took to Twitter and shared a photo of him and his son in one frame. He captioned the picture as, “Started #palpaldilkepaas .. Karan’s first day at shoot.. can’t get enough.. my boy has grown big #love #actor #life”

Sunny Deol will be directing the film. Pal Pal Dil Ke Paas is reportedly a romantic film and will feature Saher Bamba in the lead.

Many Bollywood stars took to Twitter and welcomed the star kid.

Shah Rukh Khan too had wishes for the new kid on the block. He wrote, “All the best papa. He looks as tough and gentle as you. May all good things come his way.” 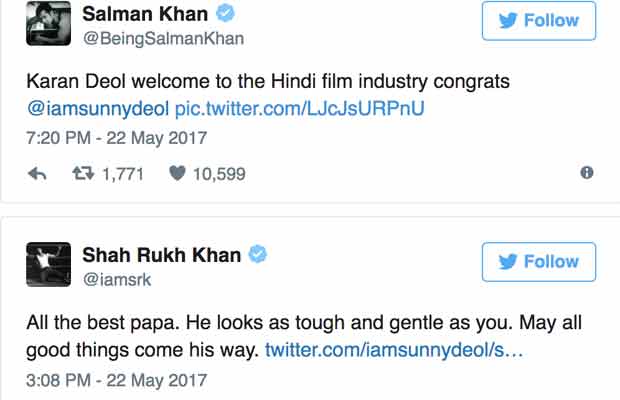 Check out some more stars who wished luck to the star kid. 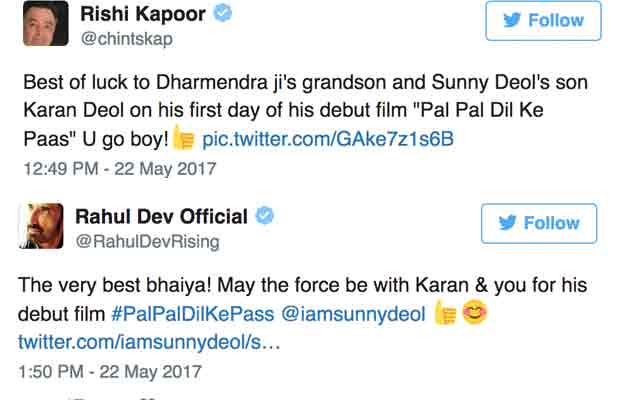 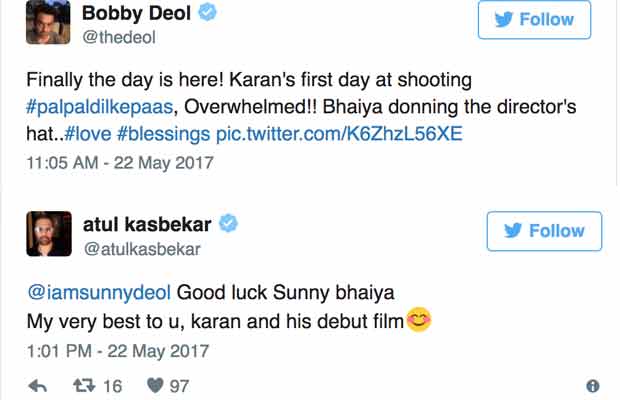 Son of the veteran actor Dharmendra, the actor is married to Pooja Deol and has two sons- Karan and Rajvir.

Karan Deol, who is also known as Rocky, assisted in his grandfather Dharmendra and father Sunny Deol’s 2013 release, ‘Yamla Pagla Deewana 2’. Also, he lent a helping hand in making Ghayal Once Again. Well, we are excited to see what plans Sunny has for Karan now.

In an interview, Sunny had stated that Karan will surely make his Bollywood debut, but at the right time. Apparently, he said that is would be great to share a screen space with his father Dharmendra and son Karan in the same film.