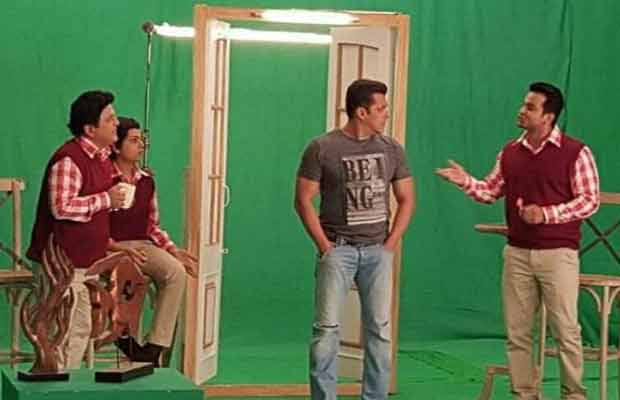 Bollywood superstar Salman Khan, who is on a promotional spree for his upcoming film, Tubelight, will shoot for a special episode with Sunil Grover, Ali Asgar, Sanket Bhosle, Sugandha Mishra and team.

A source associated with the show informed the leading daily,

“We recently shot for a promo and it will soon go on air. Sunil Grover was not part of the promo shoot as he was travelling for his one of his live events. It will be a two-hour special episode and will mostly have all the actors who recently quit The Kapil Sharma Show after Kapil’s spat with Sunil on a flight. Salman is very close to Ali Asgar and when he got to know that they are not doing anything for the past three months after their now infamous fight, he opted to do a special episode with them. Now, since Salman will shoot the two-hour special episode with Ali Asgar, Sunil Grover and the team the chances of him appearing on The Kapil Sharma Show is very bleak. The episode will have Salman Khan and the cast of Tubelight.”

For the uninitiated, Kapil Sharma had an ugly spat with Sunil Grover on a flight while they were returning from Australia after doing a live show. After the fight, they stopped shooting for The Kapil Sharma Show.

Salman Khan has in the past promoted his films Sultan and Bajrangi Bhaijaan on The Kapil Sharma Show which also airs on the same channel.

This is known to all that Kapil and Sunil had a mid-flight tussle after which the latter left the show along with Ali Asgar and Chandan Prabhakar. Kapil is struggling to get good TRP’s since then. If Salman didn’t come on the show then again, the comedian will miss the chances to attract the audience.

Audiences have been waiting to watch Sunil Grover on the screen and we can’t wait for the episode to come out!