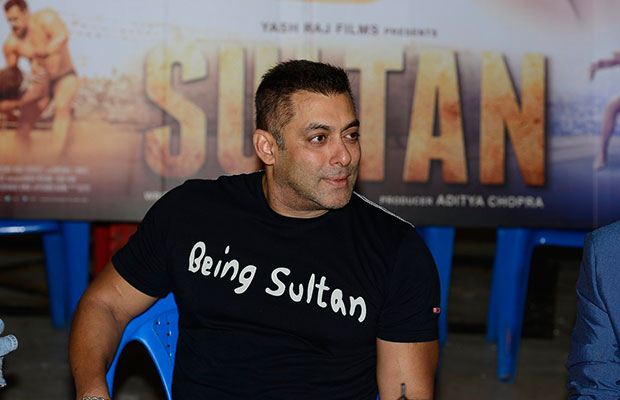 Too much satisfaction of the media, Salman Khan invited the reporters for the success party of his latest release Sultan. The celebrations were held at Salman‘s Panvel farmhouse and marked the record-breaking achievements of Sultan.

After the party, the actor along with lead lady of the film, Anushka Sharma, spoke extensively about a lot of issues.

He spoke right from the controversy created due to his ‘raped woman’ comment to the best compliment he has received for the movie as well as the Marathi movie he has signed for with Riteish Deshmukh.

The actor also spoke about his upcoming season of Bigg Boss. The actor seemed to be super excited talking about the show. He has been the face of the TV show for a number of seasons now. The actor is associated with the show so much so that Salman Khan has become a synonym for the show’s name.

When the actor was asked to speak about the upcoming season at the party, he said, “Right now we are doing Bigg Boss. I would love to do Dus Ka Dam again. I really enjoyed that show. But now Bigg Boss is an easier show for me to do. In fact, I think this season is going to be difficult because it’s common man v/s celebrity. It will be difficult for me to handle this time.”

Well, the last season witnessed a lot of drama unfold on screen. Salman too is known to bash the participants verbally when they do wrong which makes the show even more interesting.

Now that the show is set to have lay men as participants as well, we are hoping for even more dramatic incidents in the show.

It would indeed be a delight to watch Salman‘s jugalbandi with these new participants and we can barely wait for it now!