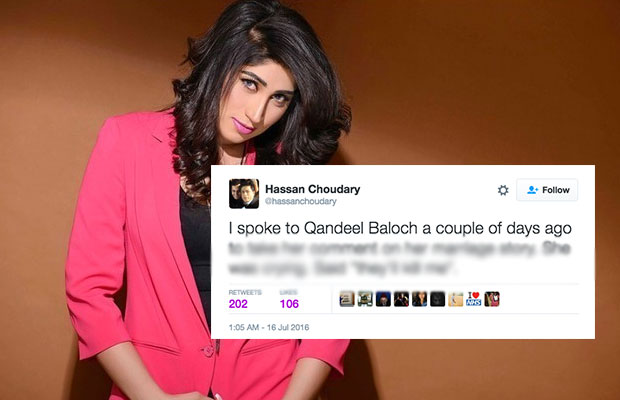 We recently reported to you about the gruesome murder of controversy queen Qandeel Baloch who was known for her explicit posts and racy videos on social media. The model was strangled to death by her brother who apparently was furious with her risqué posts.

We also reported to you about how the lady tweeted a shocking message saying Qandeel is dead… RIP! And that too three weeks before her murder.

Now there is an addition to this already appalling story which has shocked us even further. The latest shock is the tweet of Hassan Choudary, Digital Editor of ET Life and Style. Hassan tweeted that a few days ago, Qandeel told him that she was going to be murdered soon. Hassan felt that the model was being over dramatic but was aghast to learn about her murder today.

This is what Hassan tweeted: 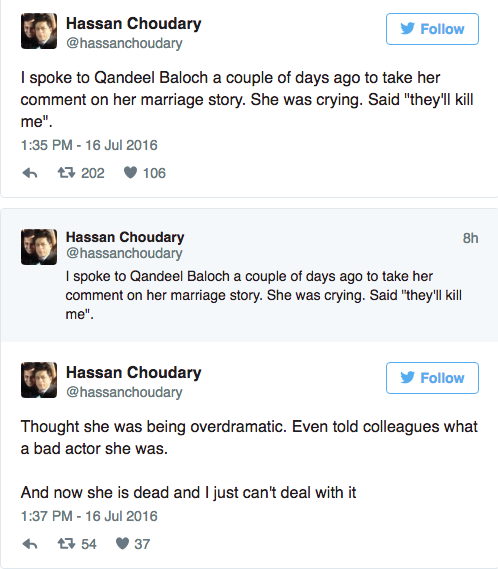 Well, we don’t know if the model had apprehended her death beforehand or was it that she was receiving a deathly threatening.

Whatever be the reason, but this news has been quite a big shock to everyone!