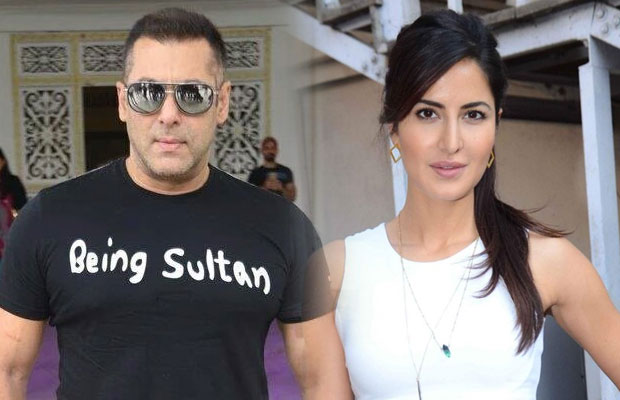 Not very long back, Superstar Salman Khan and Katrina Kaif were an inseparable couple. The lovers made an enviable jodi and fans even stated that it was only because of Salman that Katrina could make it big in the industry. Well, cupid’s magic didn’t last long and their romantic relationship fell apart due to Salman’s possessiveness towards the British beauty.

Although their relationship went kaput, the actors still remained good friends and were also spotted together at a number of occasions. Salman Khan always took the break up sportingly and also invited Katrina for all of his celebrations including sister Arpita Khan‘s wedding to Aayush Sharma.

The actors were also recently spotted having a good talk at the screening of Sultan at Yash Raj Studios. This was when Salman also formally introduced Kat to girlfriend Iulia Vantur. Although the trio didn’t attend the same show, Katrina waited for the couple after her show to wish Salman for his film.

The girls, instead of having a cold war, also shared a very friendly vibe and were also seen partying together.

This is a very welcome change from all the negative vibes and cold wars shared between ex-lovers post break up. The latest incident that impressed us further is Salman‘s super sweet message to Katrina for her birthday.

The actress who celebrated her 33rd birthday received a very heartwarming message from her good friend Salman.

This is what the message says–

It’s Katrina’s Birthday tomorrow. Happy Birthday to Katrina Kaif from the youngest actor of this industry!

Well, the actor indeed is young at heart and soul. We totally loved this birthday wish from Salman and can barely wait for the party pictures now!