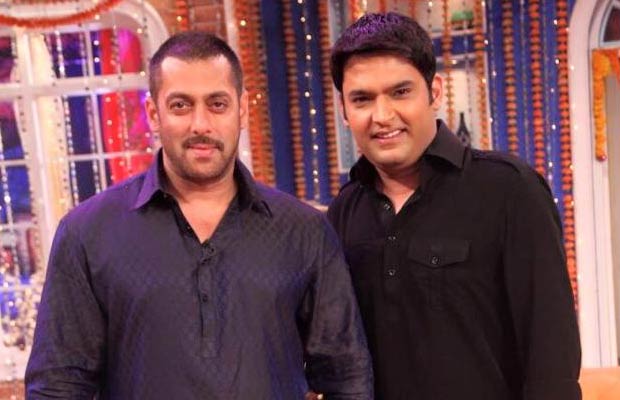 [tps_footer]Salman Khan is known for making never ending television appearances for his film’s promotions. The superstar who visits many reality shows and serials for promoting his films will do the same for ‘Sultan’. Salman Khan and Anushka Sharma will share screen space in the film ‘Sultan’. The much awaited movie is just a few weeks away from its release.

With less number of days in hand, the promotions of the film have kick started. Salman has already made an appearance on the serial Udaan. The actor has shot for his promotional appearance. Likewise, the Bajrangi Bhaijaan actor will also be seen in the singing reality show Sa Re Ga Ma Pa. The singing reality show has always been close to Salman’s heart. The superstar makes it a point to visit this talent show whenever his films are on release.

A shocking detail regarding the promotion of ‘Sultan’ has come in the forefront. It is reported that Salman Khan will not promote his much in limelight film on The Kapil Sharma Show. The Dabangg Khan who has visited Kapil Sharma’s show numerous times in the past might not promote ‘Sultan’ in the same.

The reason for the same is assumed to be that Kapil Sharma and channel Colors are in a tiff. The comic artist parted ways with the channel in a not so pleasant manner, whereas Salman Khan is soon going to host Bigg Boss on Colors.

It is quite possible that Salman may not be able to visit Kapil Sharma’s show because of his tie up with Colors for Bigg Boss.[/tps_footer]