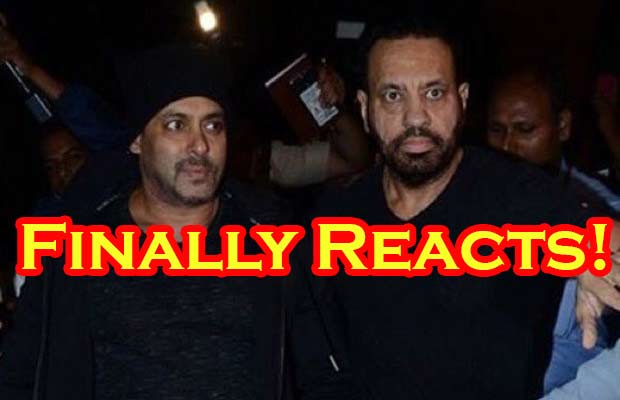 [tps_footer]Bollywood actor Salman Khan landed into a controversy after he made a statement saying that his shooting schedule was so hectic that he felt like a ‘raped woman’. Soon after making such insensitive remark, Salman Khan realised that he said something wrong and tried to retract his words but it was widely reported. In no time, Twitterati lashed out at the actor for comparing himself to a raped woman. While some supported the actor, some asked to apologise for doing so.

The National Commission for Women (NCW) said he would be issued a summons if the actor is not apologetic for making such inappropriate remark. Not only that, father Salim Khan also took to twitter to apologise on behalf of his family, fans, and friends. While each and everyone is lashing out at the actor, Salman Khan has made a firm silence over it.

Well, you surely can’t run away from media and, as Salman was leaving for IIFA 2016 last night, media caught the actor. Media, who was waiting for the actor since a very long time at the airport, triggered with questions asking if he would apologise for his mistake. Without looking here and there, Salman Khan got down from his car, smirked and walked away inside the airport.

Meanwhile, a case has also been filed against the actor sections 294 (obscenity in public) and 509 (word, gesture or act intended to insult the modesty of a woman) by a Kapur lawyer.

#WATCH:Salman Khan evaded media at the Mumbai airport when asked if he would apologize for his ‘raped woman’ remark.https://t.co/K7sGZyCzPn