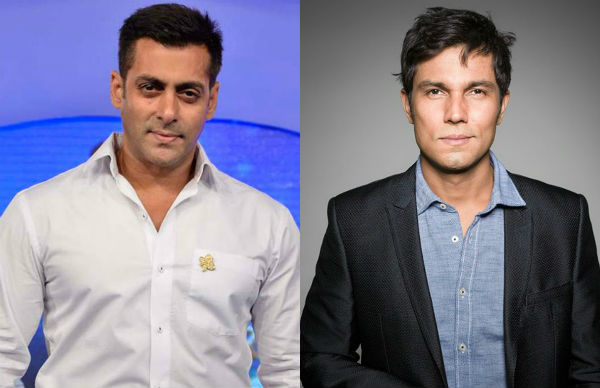 [tps_footer]That’s really a sad news ! Listening to Salman Khan’s songs is a new trend. Any song he gives his voice becomes a hit right from it’s making. And, once the song is released we all know, most of us will listen to his new song in a loop. Won’t you ? We loved his songs like Hangover, Main Hoon Hero Tera and we are waiting for more. But, it looks like we will have to wait a little more to hear Salman Khan singing a song once again.

Salman Khan and Randeep Hooda worked together in the blockbuster hit Kick and Salman shares a good rapport with Randeep so he said he will sing a song for his upcoming movie Laal Rang, but unfortunately, the dates for this movie got postponed and now Salman Khan is rigorously working to complete his movie Sultan to release on the auspicious day of Eid.

Randeep Hooda himself has confirmed this news that Salman won’t be singing a song in Laal Rang but he appreciated Salman’s kindness to be supportive towards his friends, colleagues, and fans. But, we wonder, will Sultan have any song in Salman’s voice?[/tps_footer]