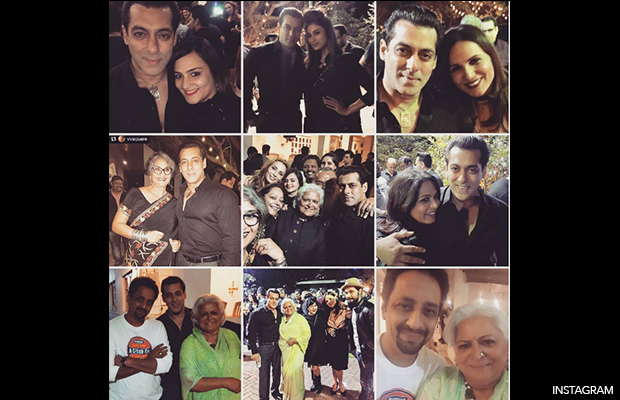 Salman Khan’s rumoured ladylove Iulia Vantur performed her song with Himesh Reshammiya and was seen grooving. They had a blast on the floor. Others too joined in.

Himesh and Iulia Vantur have recorded a song called “Every Night and Day Just Me and You ” for his album Aap Se Mausiiquii produced by Bhushan Kumar. Sources who have heard the song have been heard saying that the song is going to rock the charts in a very big way.

Salman Khan also gave a surprise return gift to his guests and friends at the party, the return gift was the actor’s owned brand- Being Human’s necklace that he gave to his friends.