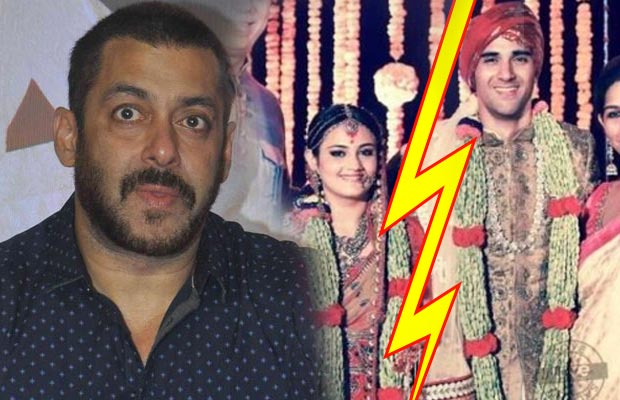 [tps_footer] Separations and alleged affairs don’t come as a surprise in Bollywood industry. Recently, there were rumours that Fukrey actor Pulkit Samrat who got married last year to a television journalist Shweta Rohira who also happens to be Salman Khan’s rakhi sister, are having some problems in their marriage.

Rumours were taking rounds for a while that the couple has separated due to some problems in their marriage as Pulkit was living with his parents in Delhi whereas Shweta was living in Mumbai with her parents.

Well, there seems to be truth in these rumours as Pulikit Samrat’s wife Shweta in an interview with a daily finally opened up about their separation. She revealed that the reason Pulkit gave her for their separation was his family. Well, it’s not been so long for their marriage and the couple has already headed for a split.

Also there were rumours of Pulkit and his co-star Yami Gautam getting close on the sets of their upcoming film ‘Sanam Re’. When asked about this, Shweta chose to stay mum over it. This indicates some truth on Yami being the reason behind their separation?

Earlier this month, contrary to the rumours, the couple was spotted at a coffee shop in Bandra. Pulkit had made several trips to Mumbai in few weeks to complete some work and also spend some time with his wife. But it seems, nothing worked out very well and that’s why they decided to separate. Another end of a love tale in Bollywood!

Pulkit and Shweta‘s marriage was a grand event and Salman Khan himself did the kanyadaan of his rakhi sister. Apparently, Shweta celebrates Raksha Bandhan with Salman and the duo share a very good bond with each other. We wait to catch Salman Khan’s reaction on this!