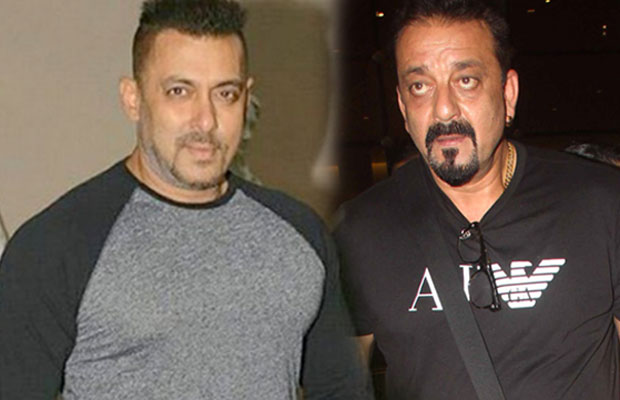 [tps_footer]Bollywood actor Sanjay Dutt will be celebrating his 57th birthday on July 29 with his family after years. This will be his first birthday after being released from the jail and well, so wife Manyata has made every bit of arrangements to ring in Sanjay Dutt’s birthday in a special way. The preparations for the birthday are in full swing for the bash. Manyata has arranged a grand party at the terrace of their residence in Mumbai.

Ever since Sanjay Dutt was released from jail, the two actors have been avoiding each other. If reports are to be believed, Sanjay Dutt and Salman Khan had a fight over manager Reshma Shetty. It all happened after Sanjay Dutt returned from jail and the dispute apparently happened over the manager, the two actors shared. Salman had referred his manager Reshma to Sanjay after he came out of jail to manage his Bollywood offers. But Munna Bhai seems to have rubbed the superstar in the wrong way over this offer landing into a fight and since then they have been not talking to each other.

In fact, it has been quite evident that Bollywood’s two actors, Sanjay Dutt and Salman Khan, who are known for their evergreen friendship, have been giving the cold shoulder to each other from quiet some time now. The recent one was at IIFA 2016.

Well, since the two are avoiding each other, Manyata Dutt is attempting to solve all the differences between them. We hope Salman understands how important and special this birthday is for Sanjay Dutt. We hope the two reunite and give another chance to their fans for the celebrations.

Are you all excited to see the two friends bonding like old buddies at Sanjay Dutt’s Imperial Heights residence? Time will tell better!