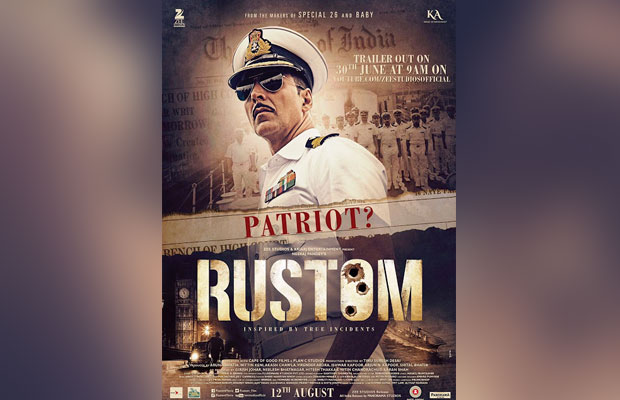 [tps_footer]Akshay Kumar is leaving no stone unturned for his upcoming film ‘Rustom’. The Khiladi of the industry will portray the role of a naval officer in the film. ‘Rustom’ is based on the sensational Nanavati case. The movie also stars Ileana D’Cruz in a lead role. Recent reports suggest that Akshay Kumar has opted out of Krushna Abhishek’s show Comedy Nights Bachao for promotions of ‘Rustom’.

The mind blowing actor who promoted his last film ‘Housefull 3′ on CNB is apparently unhappy with the show. It is being said that Akshay did not like the way comedian Siddharth Jadhav made fun of Lisa Haydon. Akshay also disliked the part wherein Lisa was called a black African. The Airlift actor has now decided that he will promote ‘Rustom’ on Kapil Sharma’s show.

Comedy Nights Bachao has a roast like format, which is also not suitable for a serious film like ‘Rustom’. On the contrary, it is also said that there is no bad blood between Krushna Abhishek and Akshay Kumar. The Housefull 3 actor did not opt for CNB because he wanted the format of his promotions for ‘Rustom’ to be a bit serious.

The Kapil Sharma Show, this time, will not be full of giggles and laughter and instead will be scripted to suit the needs of the film. The show will be themed on the film and will also have a serious tone to it.