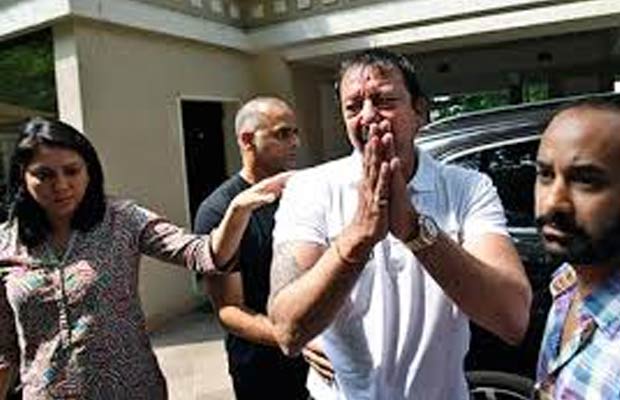 [tps_footer]Bollywood actor Sanjay Dutt who is serving his punishment for the illegal possession of arms in the 1993 Mumbai bomb blasts, will finally be released from Yerwada Central Jail on February 25, at 10 am.

But Sanjay Dutt comes out of jail before almost eight months before the end of his term. Well, the interesting thing is that Sanjay Dutt will be out of the jail on February 25 with Rs 440. Yes, the actor who earned money by making paper bags will be given Rs 440 when he would leave the jail. Approx 50 paise per day, the Munnabhai MBBS star earned Rs 15 per month, which is less than a peanut.

Despite of being Bollywood actor, just like other people he will be taken to the judicial section where his body mark identifications will be verified against those registered when he was taken to jail. Reportedly, Sanjya Dutt’s wife Manyata, kids and close friends will be moving to Pune to receive the actor.

Excluding his parole, Sanjay Dutt has spent more than 50 months in jail. The first time he was granted furlough was in October 2013 and then again was on parole in 2014. The last time when the actor came out on 30 days furlough was in August 27, 2015 for daughter’s medical treatment. The actor was granted parole for his daughter’s nose surgery.

We are sure not only Bollywood industry, but even fans are waiting to see him as free man again![/tps_footer]