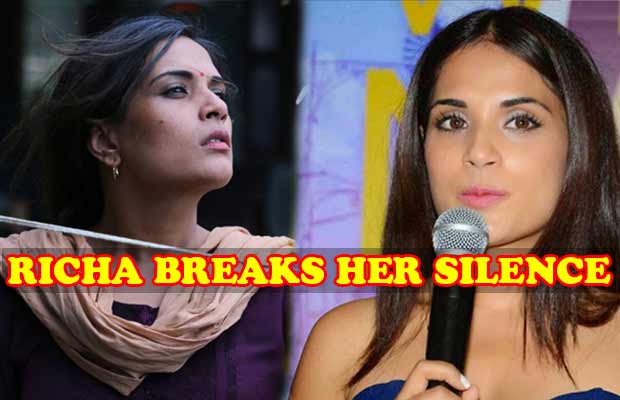 [tps_footer]Bollywood’s actress Richa Chadha is not just known for her brilliant acting skills but she is also bindass person offscreen who can raise and share her opinions and feelings with media, her fans, anytime and anywhere. We have always admired the truth and honesty in Richa Chadha and this time she is giving back to a leading portal for coming up with a story where Richa is showed as if she hated every bit of Sarbjit because her role was chopped off and she only had one engaging scene in this movie. Some reports suggested that it’s an Aishwarya Rai Bachchan‘s movie and many claimed it’s Randeep Hooda‘s movie as their performances have been loved and admired tremendously but not much is said about Richa who is also a part of this movie.

Here’s how Richa slammed the online portal for their side of the story,

And, here’s what Richa Chadha wanted to tell everyone and clearing the misunderstanding about her role getting chopped in Sarbjit, 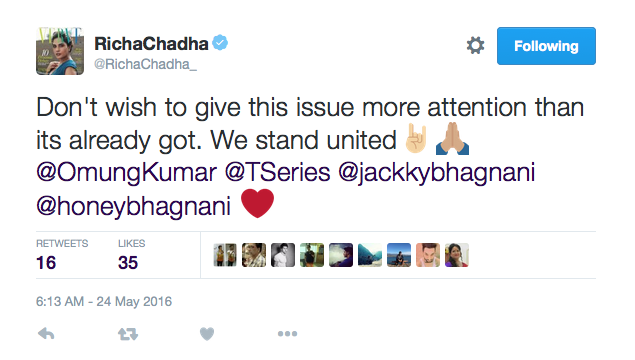 After Sarbjit, get ready to watch Richa Chadha in actress and director Pooja Bhatt‘s Cabaret where we will see Richa playing the lead role and she will not feel neglected at all. Well, a performer like you Richa can leave a mark even after performing for a couple of minutes so go on working with no regrets. And, a big congratulation to the entire team of Sarbjit for its massive success![/tps_footer]