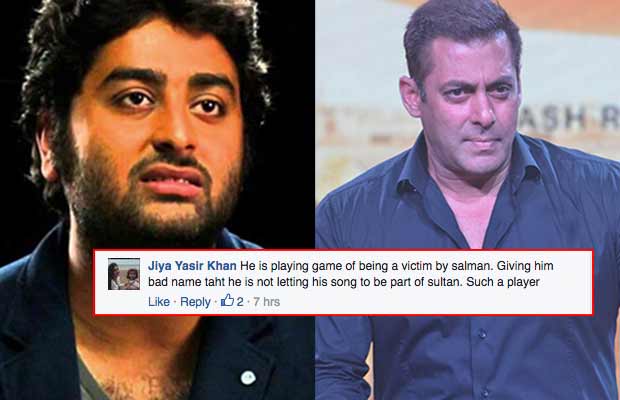 [tps_footer]As earlier we reported, singer Arijit Singh is very much upset with superstar Salman Khan. The talented singer released an open letter on his Facebook page requesting him to retain the version of the song, which he sang for Salman Khan’s film Sultan. In the letter, singer Arijit Singh has mentioned that he has been texting and calling Salman Khan to apologise for unintentionally leaving Salman furious at an award show in 2012.

It seems Salman Khan felt insulted that time and now is in no mood to forgive the singer. Arijit Singh also mentioned in the letter that he tried his best to understand Salman Khan what went wrong on that night and he even tried clearing his stance recently at Nita Ambani’s party too but the actor refused to react over the same.

Soon after Arijit Singh posted the letter on Facebook, there were many mixed reviews. Some felt it as a publicity stunt while some reacting in the favour of the singer. It seems Arijit had some second thoughts as well. He soon deleted the letter from his Facebook page and instead posted, “I hope he gets my letter through someway. Ps. This whole thing will backfire at me I know. Prayers.” 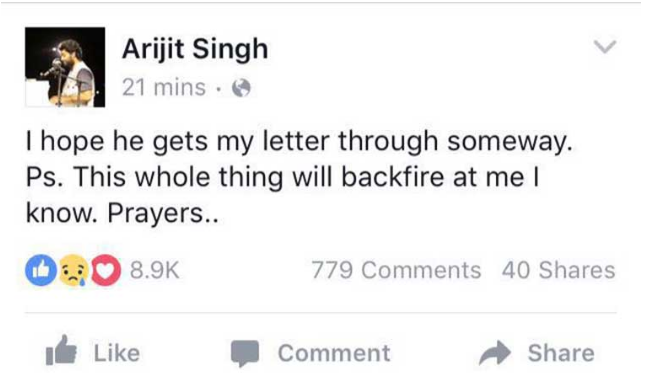 Well, here’s what fans have reacted on Arijit Singh’s post, which was deleted later by him. 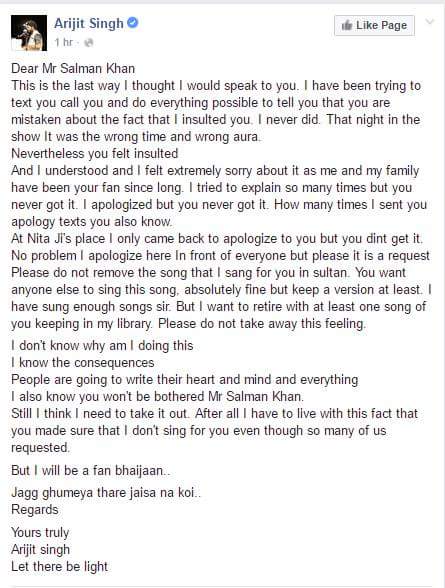