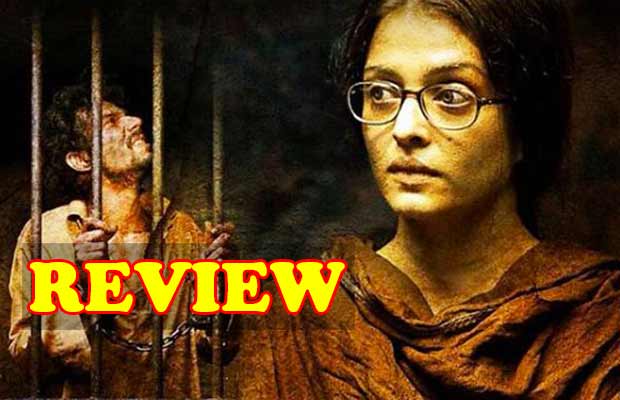 [tps_footer]This is the story of Sarbjit Singh, a simpleton farmer who wanders across the border in a drunken stupor, gets arrested in Pakistan on suspicions of being a spy and is tortured (harrowingly depicted) until he relents to admitting he is Ranjit Singh. Singh is the man believed to be behind major terror attacks in Pakistan. Ranjit/ Sarbjit is sentenced to be hanged. He spends years in a Pakistani prison without a fair trial or legal representation and negligible contact with his family in Punjab.

While the story and the title might suggest this is a film about Sarbjit (Randeep Hooda), director Omung Kumar’s film is really about his sister Dalbir Kaur (Aishwarya Rai Bachchan) who takes up the mantle to trace her missing brother. Eight months after he goes missing, she receives a letter from him confirming that he is rotting in a Pakistani jail. She now makes it her life’s mission to bring him back to India. 23 years later, Sarbjit is murdered in jail and the sister’s mission is a failure.

Since this is a biopic, we know the well-documented outcome to this story, which means we need to feel for the characters and travel with them on their journey. But Kumar’s intention is only to emotional manipulate the audience and get us to feel the pain of the family torn apart by a border. He tries to make this happen by using loud background music which swells every time the eyes of the main female protagonists well up with tears – which is in every scene where they are not screaming! The women in question are sister Dalbir, wife Sukhpreet (Richa Chadda) and Sarbjit’s two daughters.

When she takes up her brother’s issue, Dalbir receives no local support and in, in fact, taunted at a village meeting for being without her own family. The screenplay not flashes back to 1984 when she is celebrating her pregnancy. Happy days that allow Kumar to interject a few joyless songs. The joy is short-lived. The baby is stillborn, her marriage hits the skids and she’s back home fussing over her brother and his family. Cut back to the 1990s and the case of the missing brother. Interjected with news footage to indicate cross-border tensions and politics, we are also kept in touch with the passage of time.

That leaves us only with the performances. Screaming is not acting and Aishwarya Rai banks on wide-eyes, quivering lips an aggressive stance and volume to make her point. You crave that one quite moment of introspection and fatigue but the director does not believe in silences and pauses. She screams in the same pitch when she’s playfully irritated with her brother as she does when she’s fending off death threats from fanatics. At the other end of spectrum is Richa Chadda who is startling stoic as the hurting and loyal wife.

If there is any emotion or soul to this film, it’s thanks to Randeep Hooda as the ‘victim’ surviving in solitary confinement. The scene when he meets his family after several years, reaching out to them through the bars of his dirty prison cell, is moving indeed. It works because Hooda does not play it like a broken man while the four women cry uncontrollably for 47 minutes (that’s how long their visit with him lasts). Through Hooda you feel Sarbjit’s ebbing away of hope and his slow decline into madness as he befriends a stray ant and proudly desperately tries to read letters from home in slivers of light.

The story singularly portrays Sarbjit as a victim, not even trying to present the other conspiracy theories that surrounded his arrest. Well intentioned as it might be, like ‘Azhar’ last week, here is another opportunity lost with a pertinent story of our times wrung out in the wrong creative hands.