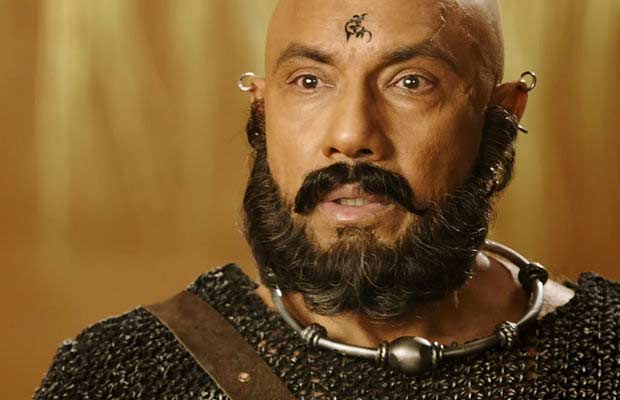 It has almost been a decade to Sathyaraj’s comments over Cauvery water crisis. But some of the protestants in Karnataka who have now taken offense at his years old statement, are causing trouble in the release of the film, Baahubali: The Conclusion.

Sathyaraj who had played the role of Katappa in the first part of the film, had to come out apologizing. He said, “Nine years ago, I voiced my opinion during the Cauvery row. People in Karnataka burnt my effigies for my strong comments. I have got to know that what I had spoken during the Cauvery water crisis has created a lot of tension among the people of Karnataka. I am not against Kannadigas or Karnataka. The biggest example for this is that for the last 30 years my assistant has been Shekar who is a Kannadiga. I would like to apologise for the statement that I had made nine years back and would like to say that I am a small worker in Baahubali film and my comment should not affect the film. I appeal to Tamils to understand.”

Even the director of the film, SS Rajamouli had to come out requesting the protestants to keep the release of the film out of this issue. In a video message on Thursday, he said, “I’m not fluent in Kannada, please forgive me if I speak something wrong. The Baahubali team and I wanted to issue a clarification about the Sathyaraj controversy. A few years back Sathyaraj had made some comments, which have hurt your sentiments. But, we are no way connected to his comments. It is his personal opinion. We were not aware of this issue until a month ago till we saw a video on social media. He made this comments 9 years ago. After that many of his films were released in Karnataka, including Baahubali part 1. We request you to give the same support for Baahubali 2. He is neither the director nor the producer of this film. He is one of the many supporting actors in the film. If you stop this film, he is not going to face any loss. We think it is not right to punish so many people for one person’s comments and turn the anger on an individual towards Baahubali 2. We have explained the situation to Stayaraj over the phone. And we can’t do anything more than that. I implore you not to involve us in this issue as we are no way connected to it.”

For all those who don’t know what Sathyaraj’s statement was, here’s what he had said, “There’s a man called Vatal Nagaraj, he’s a big comedian. Vadivellu and others can’t compete to him. Thank god he hasn’t started working in cinema. That Vatal Nagaraj is doing a lot of comedy. He’s saying that Erode (a city in Tamil Nadu) and all should join Karnataka. Erode, Krishnagiri, our Madras, Marina Beach, this area you’re standing upon, should all join Karnataka and we should just suck our thumb and move on.”

After Sathyaraj’s apology and the director’s request, we don’t think that there should be any trouble in the release of the film which is coming out on April 28, this year.