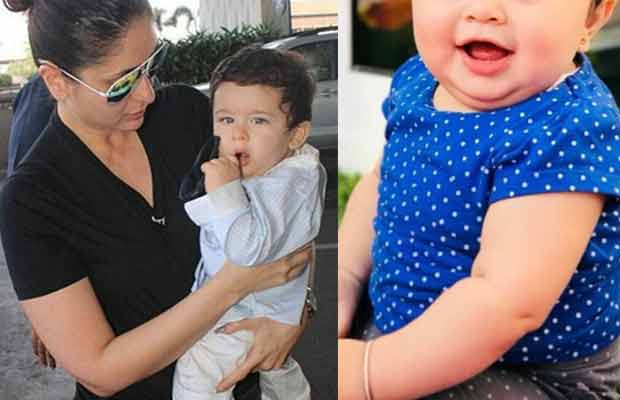 The son of Kareena Kapoor Khan, Taimur Ali Khan has found himself a look-alike!

The Bollywood couple Kareena Kapoor Khan and Saif Ali Khan’s son Taimur Ali Khan is no less than a celebrity himself. The little toddler has got a great fan following. All thanks to the every now then pictures of the kid popping up online.

He is probably being more in news than his parents Saif Ali Khan and Kareena Kapoor Khan. We do not know if it is the toddler’s cuteness or his famous family-line, which makes him so popular amongst the audience.

It is very often that we see look-alikes of our B-town celebs. Big stars like Katrina Kaif, Ranbir Kapoor, Salman Khan and Shah Rukh Khan have already found their doppelgangers. But do you all know that little Taimur has also got a look-alike?

Yes, you read that right. There is in fact a girl, not a boy, who looks like Taimur. The girls’s name is Inaya. No, it is not Taimur’s cousin and Soha Ali Khan’s daughter Inaya. It is Inaya Shoaib, a girl born on December 5, last year. She resides in UAE.

Inaya has got very similar features to Taimur. Her blues eyes and the same cuteness quotient is the reason why there is also a page on Instagram named ‘InayaandTaimur’.

Check out their picture here…

Earlier, in an interview, Saif had revealed that he and Kareena are planning to send Taimur to a boarding school. He had said, “He has innocence in his eyes, there is nothing pretentious, but yes I am worried about him. Kareena and I have already discussed the stardom he already has around him and we have decided to send him to a nice boarding school in England. It will hopefully do the trick it has done for everybody in the family. Kareena is going to be a very good mother. She will not be impressed if he is spoilt.”