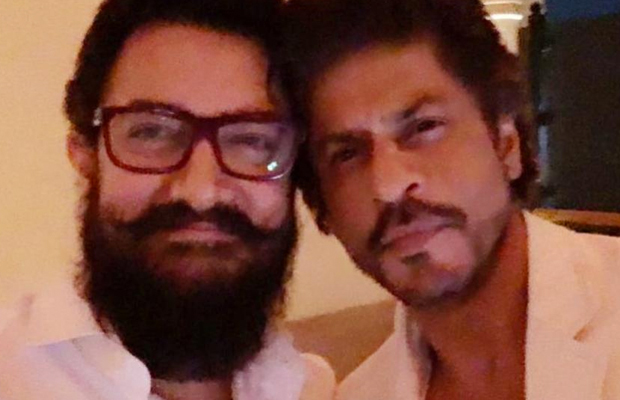 Shah Rukh Khan and Aamir Khan will be coming together for this.

It’s very much rare when Shah Rukh Khan and Aamir Khan, country’s two biggest superstars and personalities come together. The two stars who know each other since 25 years have never shared screen space and they are not doing it anytime soon. Yes, SRK and Aamir are coming together only for a TV show.

According to a leading daily, Shah Rukh Khan and Aamir Khan will be part of the same campaign for a TV channel. Reportedly, Star Plus is coming with their brand makeover called, Nayi Soch while featuring SRK and Aamir as a part of the campaign. The promo ad of Aamir Khan playing a Sardar Ji is already out and has been immensely loved by the audience.

On the other hand, SRK will be hosting the Indian version of TED Talks: Nayi Soch. Though not for a film but SRK and Aamir will be reportedly seen together in a campaign for a TV channel.

On the work front, after the success of their receptive films Dangal and Raees, Aamir is gearing up for his next titled ‘Thugs Of Hindostan’, while Shah Rukh will be seen with his ‘Rab Ne Bana Di Jodi’ co-star Anushka Sharma for Imtiaz Ali’s untitled project.