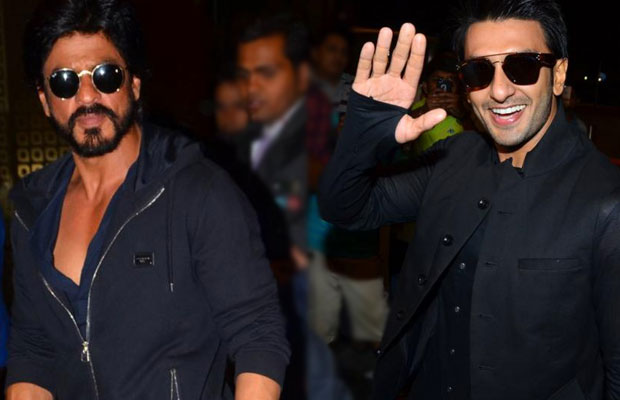 [tps_footer]The fourth installment of the blockbuster film ‘Dhoom’ is much in the news. The three parts of the film were all super hits and seems like the makers yet again are coming up with the fourth one.  The Dhoom franchise is known for its mind blowing villains and tricky plots. The fourth part is much in the headlines and the star cast for the same is also being assumed.

Moreover, it is also in the air that the makers are already in talks with these two actors. SRK and Ranveer who are loaded with back to back films are struggling to accommodate their dates for the film. YRF honcho Aditya Chopra has apparently taken the decision to cast Shah Rukh Khan and Ranveer Singh in ‘Dhoom 4′.

Reports state that Ranveer will step in the character of ACP Jai Dixit earlier played by Abhishek Bachchan whereas King Khan will play the bad boy in the movie. The actor for the role of Ali is still not finalized.

Shah Rukh Khan has always been applauded for his villain roles. If Ranveer and King Khan collaborate for ‘Dhoom 4′ the film will undoubtedly be interesting and eye grabbing. We are now curious to know who will be the lucky diva to play the main female lead in the film![/tps_footer]