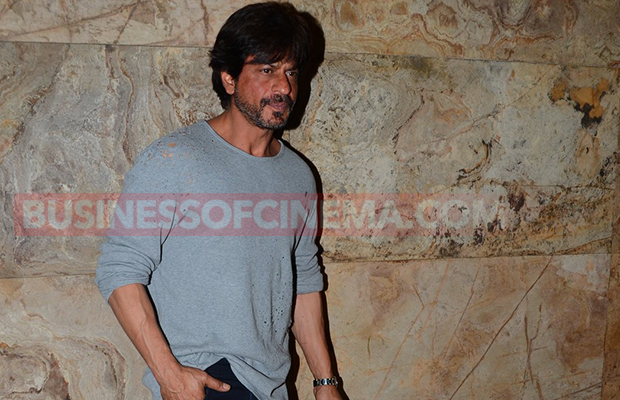 Shah Rukh Khan, the King Khan of Bollywood has literally carved his own path with hi sweat and dedication. He hails from Delhi and came to Mumbai without any Godfather to hold his hands. His trajectory is very inspiring and gives a sense of respect for this 51-years-old actor.

The superstar completed 25 years in Mumbai this month and it coincided with the inauguration of a new VFX office under his banner of Red Chillies.

“25 years in Mumbai, which has given me my life. For the first time at the opening of RC (production banner Red Chillies Entertainment) VFX new office. I felt, I must have done something right,” nostalgic Shah Rukh tweeted on Friday.

Starting his career as a television artist in ‘Fauji’ to becoming one the most popular Bollywood star across the globe, loved and known by all, SRK has come a long way. He made his debut in the mainstream cinema, playing a second fiddle to Rishi Kapoor in ‘Deewana’ and since then he has made some iconic movie that are loved and remembered by audience across generations.

His potential as actor was tapped in ‘Baazigar’ and rest everyone knows. He has given blockbusters like ‘Dilwale Dulhania Le Jayenge’, ‘Kuch Kuch Hota Hai’, ‘Devdas’, ‘Kal Ho Naa Ho’, ‘Chak De! India’, ‘Chennai Express’ and latest being ‘Raees’ amongst others.