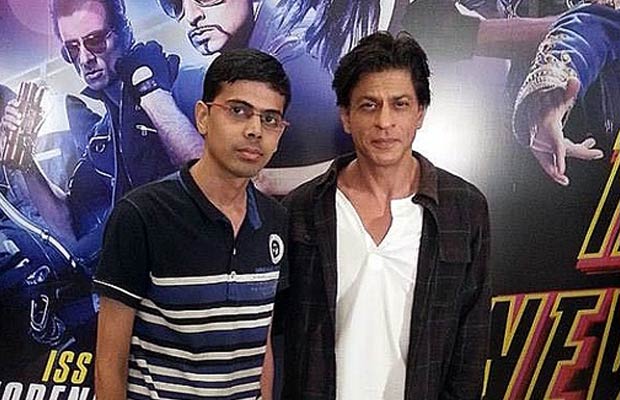 [tps_footer]Shah Rukh Khan is gathering mind blowing compliments for his flawless performance in his just released film ‘Fan’. The movie directed by Maneesh Sharma is being termed as one of the best ones of SRK. The film has received a good collection on the first day of its release. ‘Fan’ which revolves largely around the character of a fan is being adored by the masses for its tricky concept. The film is a story about a superstar and his biggest fan.

As we all know Shah Rukh Khan has fans all over the world. The superstar has uncountable lovers all over the globe. The magnificent actor who is active on various social networking sites has done something unthinkable for a fan. Yes! Out of the 19 million followers on the microblogging site Twitter, King Khan follows just one lucky fan.

The lucky fan who is followed back by Shah Rukh Khan is named Sudhir Kothari. The entity is a businessman based in Chennai and his love for SRK is beyond limits. Sudhir is credited for launching the SRK Chennai Fan Club on twitter which now also has branches. During an interaction, Sudhir commented saying that Shah Rukh Khan started following him in the year 2013. The SRK lover also added that they make special plans on Shah Rukh Khan’s birthday and last year they had gifted the superstar idols of characters from the movies ‘Raees’, ‘Dilwale’, and ‘Fan’.

Well,we are sure many of us envy Sudhir Kothari. Shah Rukh Khan’s film ‘Fan’ has already released. The movie is making positive rounds for its brilliant performances and execution.[/tps_footer]