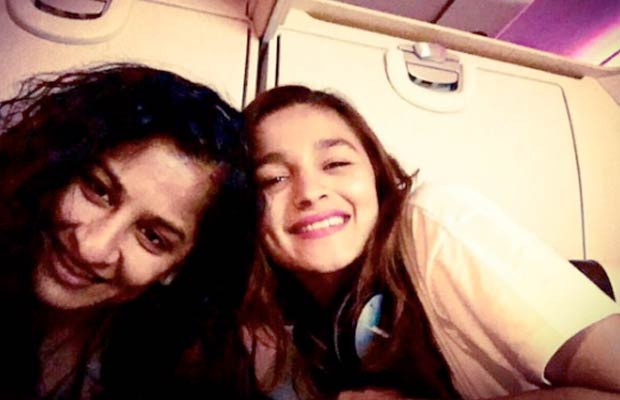 [tps_footer]Alia Bhatt was last seen in Kapoor and Sons film is all set for her new films. She is a part of the film ‘Shuddhi’ directed by Karan Malhotra with her co-star Varun Dhawan. The movie will release later in October 2016. She has also started shooting for ‘Badrinath ki Dulhania’ with her co-star Varun Dhawan. This movie is going to be directed by Shashank Khaitan and produced by Dharma Productions.

You will also get to see Alia Bhatt in Gauri Shinde’s next film. Gauri Shinde made an extraordinary debut as a director in 2012 when she released ‘English Vinglish’ starring Sridevi.

The director posted a photograph on her twitter handle which includes her and Alia Bhatt. They seem to be very close to each other in the photograph. Gauri mentioned that it’s a wrap for her upcoming film starring Alia. She also mentioned that she will miss shooting with Alia on the sets. She called Alia her favorite girl too. 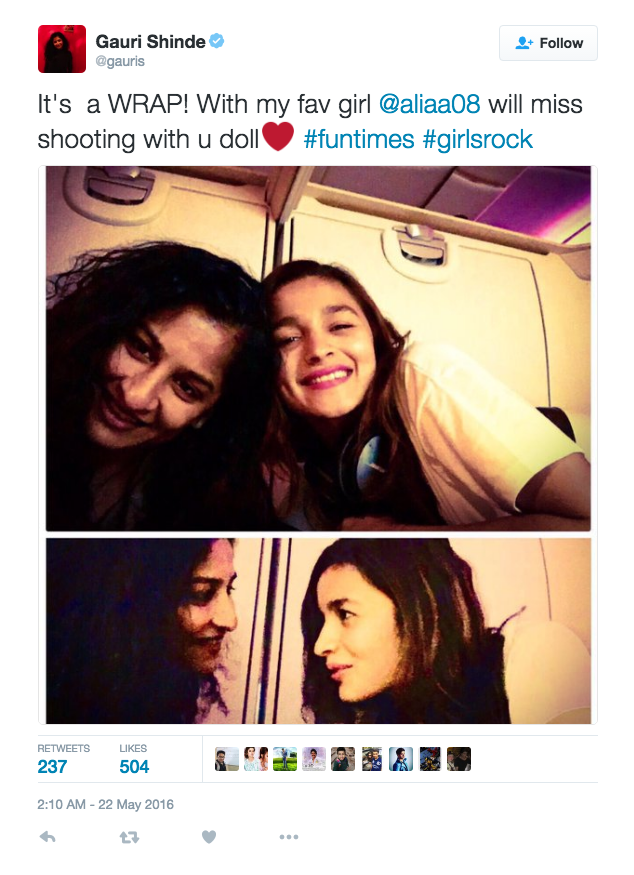 Alia quoted the tweet and made sure that Gauri knows that the feelings are mutual. She mentioned that she will miss her too and thanked her. 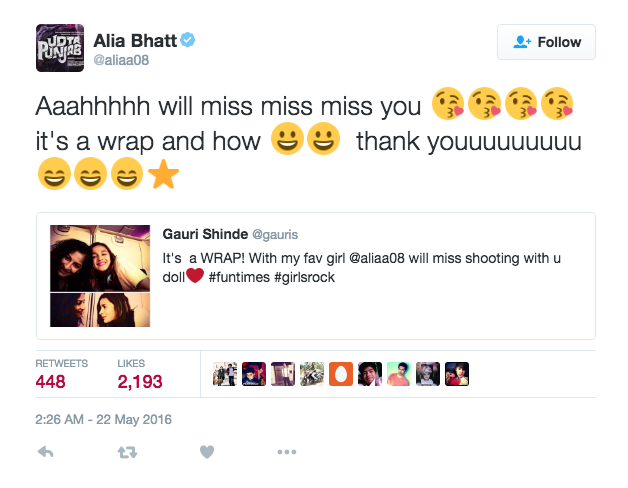 Gauri mentioned that it’s not going to be a romantic reel like the last time but mentioned that the fans will still love it or at least hopes so. [/tps_footer]