Giving the portal a new-found identity in the face of Shah Rukh’s stardom and the fact that he scored low in English.

The form was shared on Delhi University Times’ Facebook page where it received a lot of traction from students. Shah Rukh Khan had scored 51 marks in class 10 in the English subject. Actor’s low marks in English have gained the new significance, given how Shah Rukh Khan comes across as a sharp, witty and articulate individual during his public speeches. The irony becomes more apparent now that actor just spoke during TED Talks in Vancouver.

This is not the first time that actor’s admission form has surfaced online. A few months ago, Shah Rukh’s admission form was circulated on social media. However, admin of DU online portal Milhaj Hussain confirmed the authenticity of form.

“We shared it online to showcase that marks don’t matter if you are hardworking enough and know your aim in life. And, who can be a better person to set an example than Shah Rukh Khan? Through our portal, we encourage students. Also, celebrity posts attract a lot of traffic and students tend to talk about them more. When it’s the King of Bollywood, traffic is a must,” Milhaj told Hindustan Times.

Shah Rukh’s form received mixed reactions from students on Facebook. One student wrote, “This should be made viral to highlight the link between English proficiency and grades.”

Another student wrote, “this proves that my English is better than shah rukh’s …haha.” 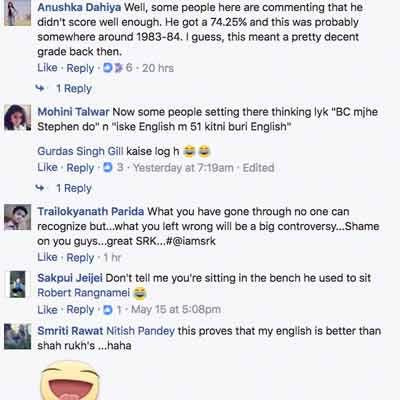 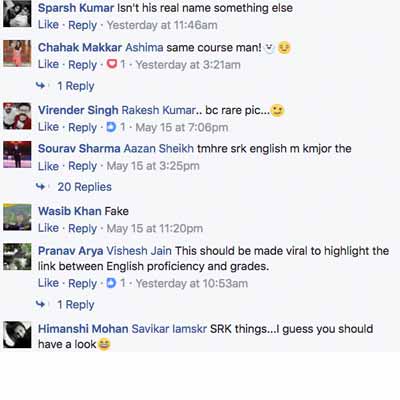 Meanwhile, Shah Rukh’s TED talk received a lot of applauds for actor’s sheer amount of intelligence and his keen ability to reflect on his life and surroundings. Shah Rukh is the first Indian actor to speak at the TED Talks and we couldn’t be more proud!

Check out the full story here :

Watch Video Shah Rukh Khan Drops Daughter Suhana At The Airport As She Leaves For London!